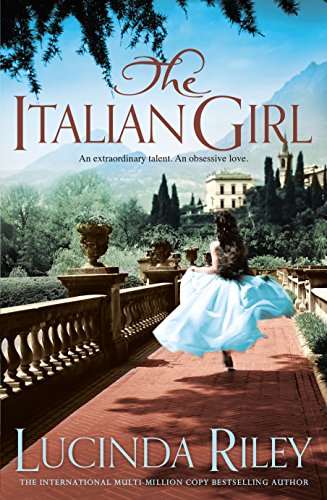 1960s, 2000s – Lucinda Riley really is the Queen of sumptuous locations and settings and this is set in the world of opera and quite simply should be on the stage or screen itself. Glorious – we see the backstreets of Naples and the glittering stages of Milan and everything in between.

Rosanna is  a young girl working in her parents cafe in Naples. She starts singing lessons thanks to the encouragement to her brother and soon meets the rising opera star Roberto Rossini.

Robert and Rosanna soon fall in love but her family are dead set against the union for reasons that become clear. Meanwhile her brother Luca finds his own and rather different path in life.

As Rosanna and Robert travel the world singing on the world’s best stages and meeting the stars of New York, London and La Scala, the reality behind the scenes is very different.

The glitz and glamour can easily fade and then what is left? When tragedy strikes, Rosanna has to find out exactly who she is and if behind the secrets waiting for her behind the wings are enough to destroy her and her dreams.

Imagine yourself in a grand theatre near the canal in Naples, sitting in the darkened auditorium, scared to breath as you don’t want to break the silence of anticipation. What awaits you is a musical spectacle with some of the greatest performers of their age..

The curtain rises, you shiver with excitement..

What must it feel like for those performing right in front of so many expecting eyes, focused and just waiting to capture every single moment of the spectacular that unfolds..

Lucinda Riley allows us to go behind the curtain of the most glittering opera houses in Italy and those of Convent Garden and New York to meet two great performers whose story behind the scenes was as operatic if not more so than that on the stage..

Rosanna ‘s journey starts from her humble beginnings in the back streets of Naples – in the Piedigrotta.

“Walking down the Piedigrotta, it looked as though the residents were in state of perpetual celebration , with the different-coloured clothes on washing lines strung high above our heads.”

Then she moves to Milan to sing, then is soon travelling the world – in a rich bubble of wealth and stardom. Until the bubble bursts..

“As the last notes died away, there was silence from the audience. Rosanna stood in a trance as her mamma’s face, the face she had sung to for the past few minutes, disappeared. A storm of Rapturous applause broke in her ears..”

Rosanna totally captures you through her journey from Naples to standing on the stages of the opera houses of New York and Covent Garden – this world and the palatial homes she lived in a result.  This is like catching a glimpse of the large personalities that we imagine the opera world to be famous for. Roberto was portrayed as this great maestro in the opera world who despite being quite odious at times, certainly self-absorbed, prone to acting like a drama queen, was still capable of sympathy and understanding to some degree.

The setting of the opera scene was not one that I had ever been immersed in before. I’m not an opera fan and have never even been to a performance but that didn’t matter reading this as now I feel as if I was right beside Rosanna every step of the way and that I felt the tension of what it meant to want to be on that stage so badly, and to sing so that the silence afterwards was deafening.

All growing dreams but as the scenery gets more sumptuous and more glittering, Rosanna finds that the old cliche is true and that all that glitters is certainly not gold. For her obsessive love for Roberto is not nurtured in the way that it should be by him and she finds out secrets from the past are always waiting in the wings….

A glorious epic story of two singers – crackling with the passion and the prima donna mood swings that we might associate with huge stars at times.

But it’s the story behind the wings – of how they got there and the sacrifices they made along the way which is the most thrilling story of them all.

Take a whirlwind tour of the worlds most stunning opera houses and enter in to the musically crafted world of Lucinda Riley. Rapturous applause