The Guardian of Lies 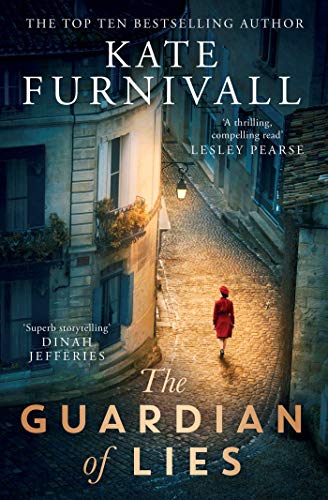 1953: The fragile peace between the West and Soviet Russia hangs on a knife edge. And one family has been torn apart.

Eloïse Caussade is a courageous young Frenchwoman, raised on a bull farm near Arles in the Camargue. She idolises her older brother, André, and when he leaves to become an Intelligence Officer working for the CIA in Paris to help protect France, she soon follows him. Having exchanged the strict confines of her father’s farm for a life of freedom in Paris, her world comes alive.

But everything changes when André is injured – a direct result of Eloise’s actions. Unable to work, André returns to his father’s farm, but Eloïse’s sense of guilt and responsibility for his injuries sets her on the trail of the person who attempted to kill him.

Travel BookTrail style to Paris and the Camargue region

It’s 1953, the Cold war is at its peak and French people are torn between the USA and the Soviet Union. The Americans have recently liberated them from Nazi occupation but the Soviet Union are promoting some communist ideals that seem very

This is a very interesting part of history and is seen through the eyes of those living in France at the time. Eloïse Caussade supports the United States and wishes to work for the American CIA like her brother André. She starts work in Paris as a private investigator but then a mission goes wrong,

The family farm is Mas Caussade is in the Carmargue region, in the south east of France. That’s when the full piture of loyalty and political intrigue currently ravaging the country comes to light and she meets people from both sides. There is to be an American base buikt not far from the farm:

“We have to guard against their lies or we lose our grasp of the truth,’ he told her. ‘They buy control with their lies, these people who live in the shadows with their secrets and their threats and their guns.”

“The streets of Arles defy logic.

Imagine if you picked up a box of straws, threw them in  the air and let them fall at your feet. Criss-cross, higgledy-piggledy, no rhyme nor reason. Designed to confused. That is the town of Arles.

It does not have streets built for cars.

Arles is one of the oldest and loveliest towns in all France, bristling with ancient Roman architecture and medieval stone walls that rob you of all sense of scale. They have been here forever ad will be here for another forever, its creamy timeworn houses huddled on top off each other like old friends. The streets are narrow, no wider than you can spit, so that they can cosset every scrap of shade during the humid”