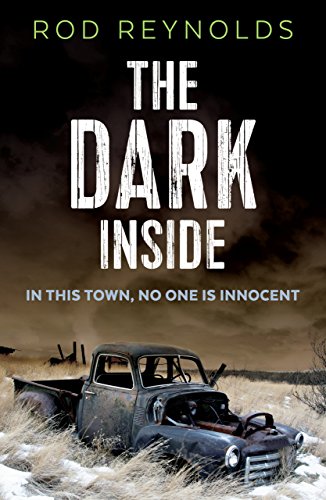 1940s: Have you ever been to Texarkana. And are you sure that you’re ready to go? This is loosely based on true events

Loosely based on true events….

Texarkana is a town on the border of Texas and Arkansas. Not a place Charlie Yates wants to go to since there has been a spate of brutal murders of young couples who’ve been slaughtered.

Charlie however is New York reporter, and a disgraced one at that who finds himself drawn into the case by Lizzy, the sister to one of the victims, Alice – the only person to have survived the attacks and seen the killer up close.

As Charlie tries to investigate whilst hiding his own demons , he finds that the people of Texarkana have secrets that they want kept hidden at all costs. As Charlie investigates further, he discovers that powerful forces might be protecting the killer and that he may be in too deep to turn around now.

“A sign at the town limits read TEXARKANA, USA IS TWICE AS NICE. A dog cocked its leg and took a piss against it as I passed’.

This is the strange no man’s land which exists between the borders of Arkansas and Texas. A place where corruption flourishes more than anything else and where the newspapers print what they are told to, where the police protect those they want to protect. A lawless barren land in more ways than one.

A spate of senseless murders here creates an atmosphere even more chilling. Couples at a beauty spot. Slaughtered. More chillingly, this is based on true fact. Someone they called the ‘Phantom Slayer’ went on a spree in 1946 killing courting couples. As he was never caught, the mystery and the fear are recreated in this novel.

The 1940s setting, the language, the texture of the time and place and the hard nosed journalist reporter who is sent to a blackspot which just keeps getting darker and more evil. Evil hiding in plain sight, in the shadows of a desolate, faded border town.

It seems that not everyone who stops here gets out alive.

Texarkana: 1) You’d have to visit the Federal Court House and Post Office first – it sits on its own island in the middle of State Line Avenue, with the state border running right through the middle of it (the only federal building in the US to sit in two states).
2) The Hotel Grimm – The inspiration for TDI’s ‘Mason Hotel.’ Called ‘the finest hotel in the south’ at the time of its completion, it is still standing but abandoned; an extremely eerie relic of a bygone era.
3) Spring Lake Park – The scene of one of the murders in both real life and in TDI. It’s a lovely park (my daughter loved sitting on the swings and watching the ducks) which makes the contrast with its gruesome history so much more striking.
4) Union Station – Texarkana was a railroad town and you can almost see how it built out from the now-abandoned station. Also bisected by the state line, notice the quirky entrances – one in each state. As if nothing could be worse than entering by the other-side’s door.
5) Red River Army Depot – Formerly known as Red River Arsenal, the huge military installation that features in The Dark Inside. You can’t go any closer than the front gate, of course, but the highway runs along it’s perimeter for more than ten miles, and it’s only when you’ve been driving alongside it for ten minutes or so that you get an idea of just how enormous the place is.

By any standards, this is amazing. Judging it as a debut, I not only take my hat off to the author but I whip it at him fast aiming as high as he has done with this story. Based on true facts and a very strange cross border town – straddling two states and not pretending to conform to any signs of decency, this is a novel with grit, bite and some Deep Southern Hospitality.

Texarkana is a very real and fascinating place. A desolate, lawless place at it turns out in the novel and the setting is evoked as powerful as the quick draw of a gun. BAM and you’re immediately there, in the dust bowl with the narrow lawless streets, dead girls turning up dumped like rubbish and empty rusty train tracks that lead no where but always end up taking you back to where you came from.

The language of this novel is equally impressive. One word can create a dozen images and it does. With a large sense of foreboding and danger, this author is not one to be messed with. He means business and he hits the ground running.

Impressed is all I can say. To the point where I read it in two sittings and that’s only because the fire alarm went off in the building I was in. almost felt like ignoring it. I’m in Texarkana I thought. I ain’t leaving. Hell, when  a novel starts making you talk as if you’re in it, you know you’ve found a winner.

There’s a sequel! why did you leave me and Charlie like this Rod? Why? I’m on the next train back to Texarkana though. Tell you that.