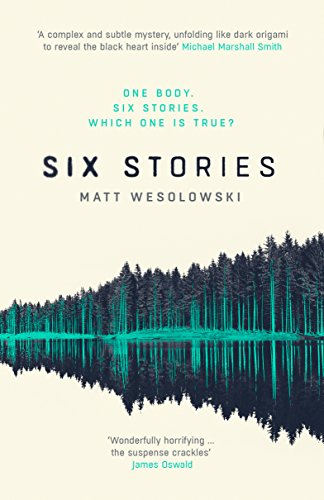 1997: The body of teenager Tom Jeffries is found at an outward bound centre in Northumberland wood.  20 years later a journalist decides to investigate…

1997. Scarclaw Fell. The body of teenager Tom Jeffries is found at an outward bound centre. A tragic accident they say. But was it? There are some who believe that it was altogether something much more sinister.

2017. Investigative journalist Scott King enters the frame and decides to record a series of podcasts  to get to the truth. Inspired by the success of Serial, he is attempting to reopen and reexamine cold cases to get to the truth. No one knows his real name and he has become a big cult internet figure. So, to investigate what happened to Tom, he has to go back and find the others who went on that fateful trek into the woods – idle teenagers who were there for a wander, a good time, drinking, smoking and goodness knows what else. There are a lot of hidden hurt and pain in a case that still haunts.

Just how did a group of idle teenagers conspire with the sinister legends surrounding the fell to result in Jeffries’ mysterious death. Just who is to blame…?

For obvious reasons, the area and place where the body is found and where he goes missing is fictional. It sounds very real and is evoked with the dark, shadowy and eerie language that recreates a forest with an awful lot of buried secrets:

Before the events of 1996, Scarclaw Fell was largely unknown. And today, most people have forgotten its name once more; despite that almost-famous photograph on the front of The Times; the hook-like peak curling through the clouds behind a spectral sheen of English drizzle.”

The Fell itself rises from some of England’s most beautiful countryside; Northumberland, north-east England, Scarclaw Wood was once an old glacial lake, filled with sand and gravel; the fell – a sandstone escarpment – is now classified as an Area of Outstanding Natural Beauty.

There are several Iron Age cairnfields, remains of scattered farmsteads and evidence of sandstone rings and Neolithic burial sites. Beneath the fell’s higher ground is acomplex network of lead mines dating back to the fifteenth century

Scarclaw Fell could be somewhere like in here as this park is visited often by groups of walkers in search of an adventure…When an area is this wild and ‘unexplored’ there are often stories – folklore stories – that have started here – stories about the people and the creatures which might live here. Hauntings which occur here or shadows of animals deep inside those woods. Northumberland is not without its stories of myth and witchcraft and in this book, the author has invected “The Beast of Belkeld”, stories and histories of witchcraft and more.

If you’re a little bit nervous  of all the shadows and noises you hear in the woods now, you will be scared witless after reading this..

There are many interesting rock formations in this park and plenty of campsites.

Three more very iconic and well loved places in Northumberland. Visit any one of these areas and read Six Stories to really feel the hair on the back of your neck stand up on end!

“Anyone who wants to see it should visit the countryside, it doesn’t matter where; walk in a wood, climb up on a fell, listen to the sound of the wind through the trees, experience that magic too.  If Six Stories made just one person a more regular visit to the countryside, I’d be happy! 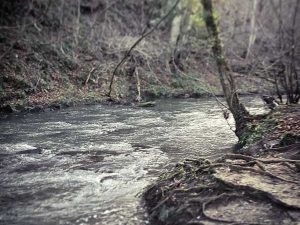 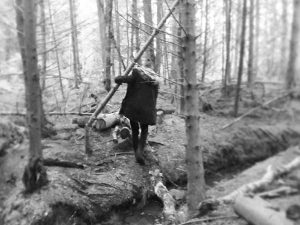 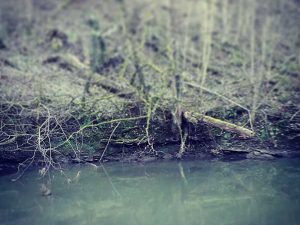 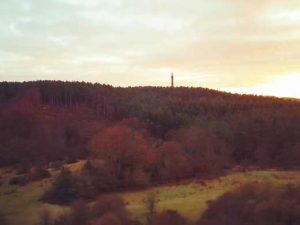 I’ve not read a book like this before. It has to be one of the freshest, timely and clever reads I’ve come across in a long while. Clever as it’s based around six stories of one day, six view points broadcast via podcasts to determine the views of siz people, one of whom knows who is responsible for Tom Jefferies death.

It’s the kind of book that throws information at  you and the flitting conversations go back and forth in your mind until you, like the interviewer, try to make sense of what you’ve heard and what it might mean to the case. You’re part of this you see, as the reader, you hold the power and it’s an amazing feeling to be this close to an investigation of a cold case. Each person interviewed was richly drawn and it was a thrilling reading experience to see if I could pick out the clues and perhaps the motivations too of those involved. I’ve been on many an outbound experience in the Northumberland woods over the years although not doing the same activities I hasten to add! – so I did feel a chill going up my neck at several points.

It’s definitely a unique read – for a debut book it’s altogether something else. Podcasts wrapped up in intrigue, a web of lies and some of the most complex characters you’ll ever meet. Tell you something, those Northumberland woods will never look the same again…