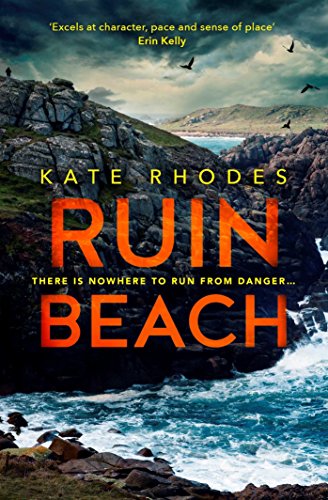 2000s: The island of Tresco has a secret someone is willing to kill to protect

Ben Kitto has become the Scilly Isles’ Deputy Chief of Police. As the island’s lazy summer takes hold, he finds himself missing the excitement of the murder squad in London. But when the body of professional diver Jude Trellon is discovered, anchored to the rocks of a nearby cave, his investigative skills are once again needed.

At first it appears that the young woman’s death was a tragic accident, but when evidence is found that suggests otherwise, the islanders close ranks. With even those closest to the victim refusing to talk, it seems that plenty of people might have had reason to harm her. As the islanders remain guarded, Ben Kitto suspects a killer is on the loose in Tresco.

Everyone is a suspect.
Nobody is safe.

Visit the island of Tresco, The Scilly Isles BookTrail style

The island of Tresco is the second-biggest island of the Isles of Scilly.

The book showcases many of the island’s landmarks very well but the overall sense of setting is where the novel excels:

“Days pass at a different pace here, each activity taking as long as it takes, the sun warming my skin as I  collect another load. My stomach’s grumbling with hunger, but the view is a fine distraction.”

The island relies heavily on its fishing industry and this is evoked almost to the point of smell, in the novel.

“The Island’s permanent population is so small I can name almost every inhabitant, despite my decade on the mainland”

The island is evoked with fine detail and you can feel the roughness of the water, the hard shards of rocks at the coast and the sense of fog and isolation as you take on the investigation with the police to find out more about the body found in the water…