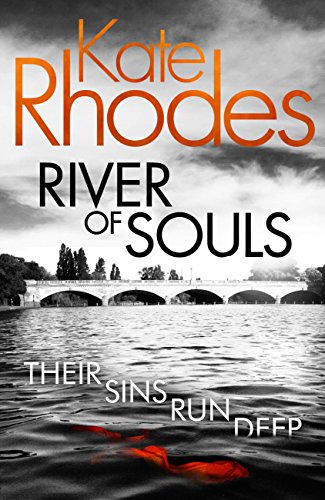 2000s : Does the River Thames reputation for being a site of violent sacrifice hold any truth?

Jude Shelley, the daughter of a prominent cabinet minister, was assaulted and left for dead in the river Thames. Her attacker was never caught. A year later, forensic psychologist Alice Quentin is asked to re-examine the case.

Then another body is found: an elderly priest, washed up at Westminster Pier. An ancient glass bead is tied to his wrist.

Alice is certain that the Shelleys are hiding something – and that there will be more victims unless she can persuade them to share what they know.
The Thames has always been a site of violent sacrifice. And Alice is about to learn that some people still believe in its power…

The Thames as a ancient site of violent sacrifice

“The Thames is preparing to race back to the sea, currents twisting like sinews  of muscle. Endless rain has upset its smoothness, reflected lights scattering in a blur of silver. A man stands beside it gazing across  the water’s moonlit surface, listening to the voices of the drowned. They whisper to him at night, begging to be remembered.It has taken him ours to walk here , reciting a litany of bridges: Lambeth, Vauxhall, Chelsea, Albert, Battersea.”