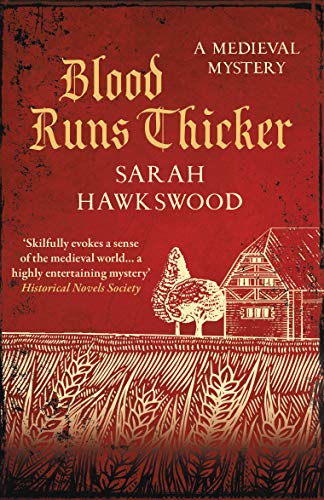 1144: A medieval mystery where a riderless horse returns home and sparks an investigation

August 1144. Osbern de Lench is known far and wide as a hard master, whose temper is perpetually frayed. After riding to survey his land and the incoming harvest from the top of the nearby hill, his horse returns to the hall riderless and the lifeless body of the lord is found soon after.

Was it the work of thieves, or something closer to home? With an heir who is cast in the same hot-tempered mould, sworn enemies for neighbours, and something amiss in the relationship between Osbern and his wife, undersheriff Hugh Bradecote, the wily Serjeant Catchpoll and apprentice Walkelin have suspects aplenty.

Head down to Worcestershire

Discover the Worchester of the Doomsday period.

“There are two very notable exceptions to my modern spelling rule. The first is that Droitwich was called Wich until the 14th C, and that was too obvious a great and late change to keep.

The second is Bradecote itself. The modern spelling is Bredicot, which shows how it has morphed over the centuries from the Bradecote of Domesday, via Bradicot, Bradecot and Brodecot in the 14th C. Hugh Bradecote is. of course. my invention, and in reality Bradecote was held by the Poer family from the Bishop of Worcester. “