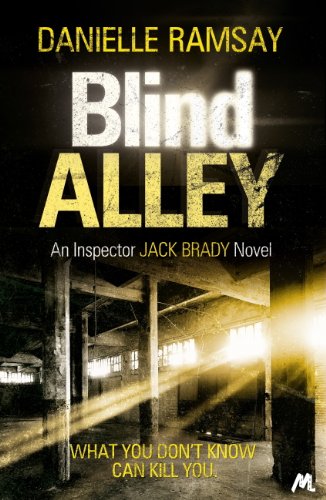 DI Jack Brady is riding high after the successful outcome of his previous case, but his world is about to come crashing down.

There’s a serial rapist plaguing the streets of Whitley Bay. Three young women have been horribly abused, and his boss and the press are screaming for answers. Everything seems to point to his old friend and foe, gangster Martin Madley, though Brady still struggles to believe he’s capable of such acts.

With time running out before the villain strikes again, Brady must follow every scrap of evidence. But there are forces at work he knows nothing about, and his persistence is leading both him and those close to him ever further into danger…

Danielle’s books are all set in and around Whitley Bay and they don’t show the view that the tourist boards would have you see and hear. This is a gritty seaside town, once much -loved and now sadly faded and neglected. In real life, this is not the case – there’s been a lot of regeneration around the town and there are now fine wine bars, hotels and a nice boardwalk. Brady lives  just along the coast at Brown’s Bay in the Victorian Villas there. A great spot to stop on your walk from Whitley Bay to Tynemouth..

Just along the coast from Whitely Bay and Cullercoats, is the town of Tynemouth which also features in the novel. This is the upmarket end of the coast it is said, with its wine bars, castle and general feeling of historical intrigue.