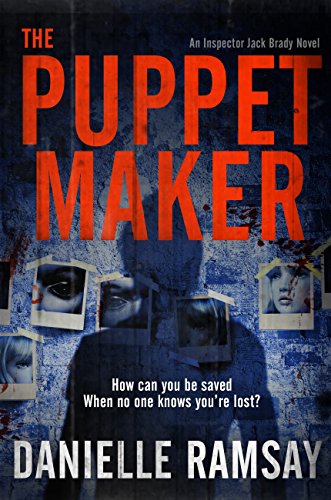 2000s: Are you ready to meet The Puppet Maker of North East seaside towns?

No one knew about the Puppet Maker… until DI Brady found what remained of his victims. The murderer never meant them to be found.

They are his private collection: each body identical, each… altered.

Brady knows that now his secret is out, the killer will destroy the evidence – including his latest captive.

He must find a man who has hidden the worst of crimes for over twenty years.

And whose nameless victims were never even missed…

Danielle’s books are all set in and around Whitley Bay and they don’t show the view that the tourist boards would have you see and hear. This is a gritty seaside town, once much -loved and now sadly faded and neglected. In real life, this is not the case – there’s been a lot of regeneration around the town and there are now fine wine bars, hotels and a nice boardwalk. Brady lives  just along the coast at Brown’s Bay in the Victorian Villas there. A great spot to stop on your walk from Whitley Bay to Tynemouth..

Just along the coast from Whitley Bay and Cullercoats, is the town of Tynemouth which also features in the novel. This is the upmarket end of the coast it is said, with its wine bars, castle and general feeling of historical intrigue.

Dealing with mental health, this hospital has been a place for caring for vulnerable patients for years. In this novel, its portrayed fictionally as someone suspected of killing may have been in this hospital at some point…