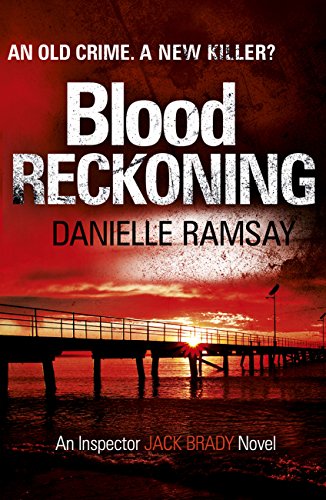 1970s, 2000s:  A terrifying serial killer once stalked the streets of Tynemouth. And now he’s back

In the 1970s, a terrifying serial killer stalked the streets of Tynemouth. The press called him the Joker. The crimes stopped – but the man was never caught.

And now he’s back.

A body has been found in a sleazy motel room, murdered in exactly the same way as the Joker’s first victims. Is it a copycat? A trick? Or is the Joker at work once more?

It’s only DI Jack Brady’s first day back – and this will be his most twisted case yet. As Brady digs into both the old murders and the new, he must confront revenge, betrayal, love and lies…and a truly ruthless killer.

Danielle’s books are all set in and around Whitley Bay and they don’t show the view that the tourist boards would have you see and hear. This is a gritty seaside town, once much -loved and now sadly faded and neglected. In real life, this is not the case – there’s been a lot of regeneration around the town and there are now fine wine bars, hotels and a nice boardwalk. There’s no Blue Lagoon thank goodness!

Brady lives  just along the coast at Brown’s Bay in the Victorian Villas there. A great spot to stop on your walk from Whitley Bay to Tynemouth..

Just along the coast is the town of Tynemouth which also features in the novel. In the 1970s, it was the stomping ground of the killer they called The Joker.

In real life, it’s a nice place to sit on the main street with its wine bars and castle. Then there’s the beach and the historic fish quay..where there is definitely something fishy but a lot more pleasant than in the novel!