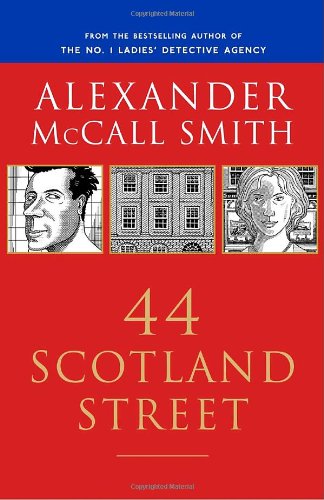 2000s: The story revolves around the comings and goings at No. 44 Scotland Street, a fictitious building in a real street in Edinburgh.

Once you have opened the door of 44 Scotland Street, you will never forget the people you meet. There’s an Edinburgh chartered surveyor, stalwart of the Conservative Association, who dreams of membership of Scotland’s most exclusive golf club. We have the pushy Stockbridge mother, and her prodigiously talented five-year-old son, who is making good progress with the saxophone and with his Italian. Then there is Domenica Macdonald who is that type of Edinburgh lady who sees herself as a citizen of a broader intellectual world.

Quite a mix and all behind one door on one street…..

Although Scotland Street is real and can indeed be visited (as we did) no.44 not surprisingly is fictional due to the risk of people, readers etc knocking on the door.

The street was on the edge of the Bohemian part of the Edinburgh New Town, the part where lawyers and accountants were outnumbered – just – by others.

Still, to visit Scotland Street for real is to walk in the footsteps of Irene, Bruce, Pat and of course Bertie and his mum

“That’s where young Bertie lives. you will have heard him playing the saxophone last night I presume..”

The Something Special Gallery

There’s the SG gallery run by grandson of Guy Peploe – Dundas Street Now this gallery is supposedly the one inspired to act as the real life version of the Something Special Gallery in which the characters Matthew and Pat work. Pat gets a job there and they work well together but the discovery that one of the paintings could be a Peploe worth around £40,000 starts a funny and intriguing story of the painting getting stolen, sold to a Morningside charity shop only to be bought by the famous writer Ian Rankin himself

Now in the book , Big Lou’s cafe is just opposite the gallery. Glass and Thompson is also in Dundas Street and both looks and feels just like the cafe in the book. So, wanting to get really inside the novel and its characters I went inside to meet Big lou and to have a coffee and a piece of her homemade cakes. I recommend you taste the ginger cake with rum icing…yum yum yum

Jump in a taxi and race along Morningside Road just as Matthew describes:

“The taxi arrived and they set off for Morningside Road. ‘Holy Corner’, said Matthew, as they traversed the famous crossroads with its four churches.

The Valvona and Crolla cafe

The Valvona and Crolla cafe  – within foodhall in  Jenners, Princes Street

Bertie visits here with him mum and wants to speak italian. 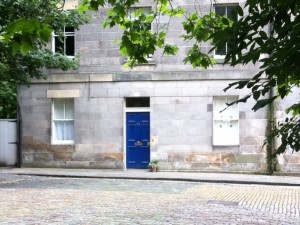 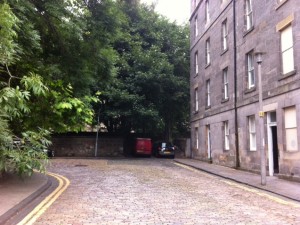 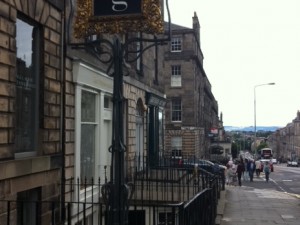 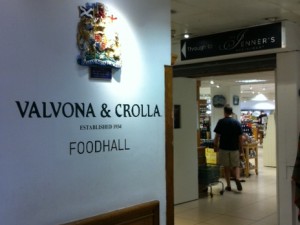