The Woman in the Wood 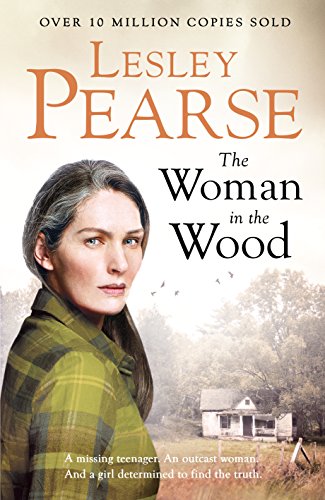 1960s: Nightingales, deep in the heart of the New Forest, has a secret to tell…

One night in 1960, twins Maisy and Duncan awake to find their father pulling their screaming mother from the house. Their father insists it’s for the best – she’s to be committed to an asylum.

The twins then have to leave their  London home and sent to Nightingales – a large house deep in the New Forest countryside. Sent to be watched over by their cold-hearted grandmother, Mrs Mitcham. Though they feel abandoned and unloved, they do have some kind of freedom at last.

Left to their own devices, they explore, find new friends and first romances. That is until the day that Duncan doesn’t come back for dinner. Nor does he return the next day. Or the one after that.

When the bodies of other young boys are discovered in the surrounding area the police appear to give up hope of finding Duncan alive. With Mrs Mitcham showing little interest in her grandson’s disappearance, it is up to Maisy to discover the truth. And she knows just where to start. The woman who lives alone in the wood about whom so many rumours abound. A woman named Grace Deville.

Nightingales is the mysterious home where the siblings go to live with their aunt. The house is in the middle of the New Forest which is a vast area of woodland  – some remote areas and villages in a very stunning and wide landscape where nature rules and even takes over everything around it. The whole of the New Forest acts as a  trap, a mysterious place where a house sits, two children play and where doesn’t come back after playing in the woodland.

“Nightingales was over two hundred years old, and Grandmother’s family had lived there for half of the time”

Lyndhurst became the natural ‘capital’ of the New Forest when William the Conqueror established his hunting grounds there. The New Forest Visitor Centre is here and for the fairytale aspect of the area, the grave of the original Alice in Wonderland (Alice Liddell, later Hargreaves) is buried here in the churchyard.

Heartbreaking and emotional on so many levels. There’s everything you’d expect from a Lesley Pearse novel – emotions, intrigue, mystery and a cracking good story with full bodied characters. I can’t imagine the terror of seeing your mother torn from the family home, put into an asylum, growing up with little love and affection. The country during WW2 was a time for stiff upper lips and resilience but this is something else, and it ‘s a very emotional journey. The plot is tightly woven, sprinkled with mystery and suspense and peppered with uncertainty, emotions and the unknown depths of the New Forest.

The New Forest feels like a world in itself – separated from the rest of the world and the atmosphere and sense of foreboding and mystery are built up with Pearse care and attention. The woman who lives in the woods, who is suspected of many things was a great central character. The 1960s setting built up walls and expectations of a strained and troubled time.

There are so many interesting family dynamics in this story that really drew me in. It was a very emotional read and a new Lesley Pearse classic. Highly recommended.

Booktrail Boarding Pass: The Woman in the Wood