You And Me, Always 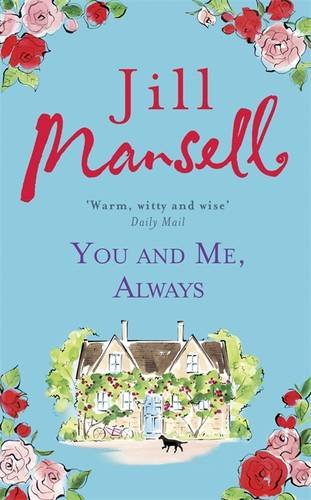 2000s: A lovely romantic read about love, loss and misunderstandings and secrets from the past!

Lily has just turned 25 and she has a very special letter to open – one from her mother who died when Lily was only eight years old. She’s received a few letters before but this is to be the last one so it’s especially important. What’s inside will surprise her and reveal some hidden family secrets.

Meanwhile, Lily is writing her own story as she gets involved with a mystery and very famous man. However childhood friend Dan is not too keen on the idea. Something is not quite right he says.

If you thought it was quite in the Cotswolds, then think again!

Sadly a fictional village but what it lacks in reality it makes up for in completely evoking a sense of the unspoiled, rural paradise that you would expect from a Cotswold village where life is calm and peaceful and…..well not in this novel it’s not.

Stanton Langely could be based on Stanton as this is a calm and small village  which has remained largely unchanged for years and which remains sleepy and tucked away from reality. The author recommends that any Cotswold fan should head to the cotswold-way to experience the full beauty of the area and visit Chipping Norton and Coombe, both of which inspired her to create her own part of the Cotswold idyllic scenery.

But in this version, the village of Stanton Langley is rather eventful with men arriving in the village who are not from the area – in fact one is from Hollywood and another is searching for the truth… Well who would have thought little old Stanton Langely would have so much hidden away behind the picket fences?

The real beauty of the village is the people who live there the life as a hairdresser Lily has. This is a tight knit community where friends care for each other and where  girls meet up to chat about love, loss and life. Oh and if they can exchange tips and advice about men then that’s what girl friends are for. Dan even enjoys giving advice to childhood friend Lily as he understands her better than she knows herself.

These women are those you’d want to be your friends. When you’ve lost your mum and you need girlfriends more than ever. Where your foster parents have taken you into their hearts and built you a home  – this is the place to find out about your mum’s past and about yourself.

And just when you’re getting cosy – Hollywood takes you on a jaunt to the red carpet world and it’s as crazy as you might imagine.

Lily’s letter from her mum might start the novel off but this is only a small part of the story as it soon develops into a whole lot more. The friendships we form and the men we meet along the way – yup even in a small village in the Cotswolds is the real story here and the bonds we build as we grow up.

So whilst the story developed into something I wasn’t expecting from the blurb, I really enjoyed it and felt that the women became friends of a sort. The characters of Declan and Dan were nicely developed and I even chuckled at Eddie although I didn’t think I would like him. This felt like a mix between Notting Hill and Bridget Jones but whilst some were expected others weren’t and I enjoyed my trip to Stanton Langely and realised that Lily was very lucky to have such friends.

The letter she receives from her mum was a nice thread to the story as it helped build a picture of her and her mum and it was poignantly done.  I felt for her as she opened the letter.

The romantic entanglements are the best thing about this book and it made me smile – Bridget Jones has nothing on these people!