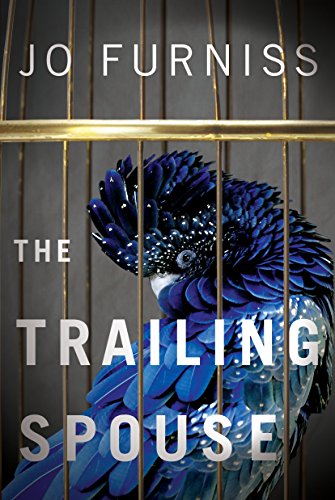 Amanda Bonham moved halfway around the world to be with the man she loves. Although expat life in Singapore can be difficult, Edward Bonham is a dream husband and a doting father to his teenage daughter, Josie.

But when their maid dies in an apparent suicide—and Amanda discovers the woman was pregnant and hiding a stash of drugs prescribed to Edward—she can’t help but wonder if her perfect husband has a fatal flaw. And if he can’t resist temptation under their own roof, what does he get up to when he travels?

Camille Kemble also has questions for Edward. Recently returned to Singapore, Camille is determined to resolve a family mystery. Amid a jumble of faded childhood memories, she keeps seeing Edward’s handsome face. And she wants to know why.

For one woman, the search for answers threatens everything she has. For another, it’s the key to all she lost. Both will follow his trail of secrets into the darkness to find the truth

The author explains the locations:

The resort island of Sentosa, which is connected to the south coast of Singapore by a short causeway, was in the news recently as the location of the summit between Donald Trump and Kim Jong-Un. For most people, though, it’s a place of fun – sand, sea and, ahem, shipping. Amanda lives by the ocean in a penthouse apartment.

Early in the morning or on a relatively cool day, it’s nice to walk the Southern Ridges nature trail that runs along the backbone of the island. From a viewpoint on the Henderson Waves bridge, I spotted the iconic Reflections at Kepple Bay condo, which inspired Amanda’s skyscraper home (although I moved it to Sentosa!). She lives in a penthouse, over-looking the Straits of Singapore and the perpetual lights of the moored container ships.

There’s a fascinating heritage trail along this street, which is like a walking picture book of Singaporean architecture. In the novel, Amanda goes to a disastrous book club at a colonial “Black and White” house rather like this Balestier Road museum. Today, the area is also famous for excellent local restaurants and lighting shops!

The view from Marina Bay Sands across the water and past the wooden bumboats to Merlion Park is one of my favourite in all Singapore, especially at dusk. There’s a low white building on the water called Clifford Pier, which is now part of the Fullerton Bay Hotel but used to be vacant. When I worked nearby, I would take my packed lunch to eat overlooking the water. Once upon a time, this is where ships from Europe docked and I loved to think I was walking in the footsteps of writers like Somerset Maugham. In The Trailing Spouse, Camille Kemble meets Amanda’s husband, Ed, in a fictional bar along this waterfront.

When I lived in Singapore, I was lucky to have one of its natural treasures on my doorstep. The morning light is spectacular, especially during a jungle mist. MacRitchie doesn’t feature directly in The Trailing Spouse, but its textures colour the novel throughout.

Another of my regular haunts was the Singapore River beside the Fullerton Hotel. For a while, I was a docent guide at the Asian Civilisations Museum (the white building on the left). Camille literally runs into her boss on Cavenagh Bridge – and embarrasses herself!

Aim for sensory overload in Chinatown! Camille pushes through the crowds and cultural barriers to solve a family mystery. Personally, I prefer shopping for souvenirs and getting a fish spa. 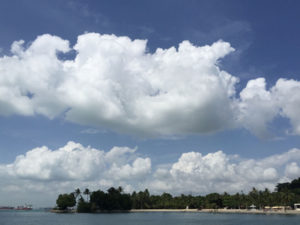 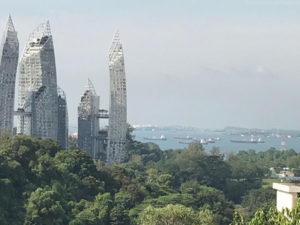 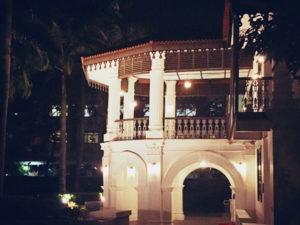 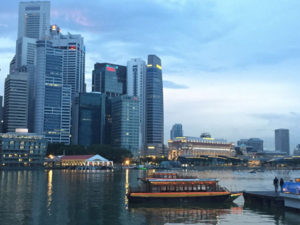 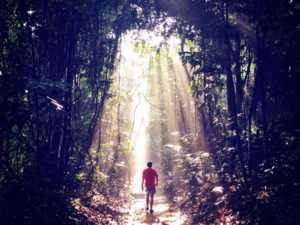 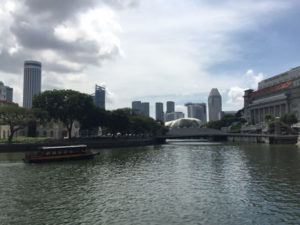 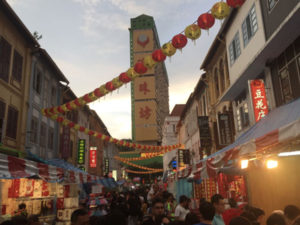 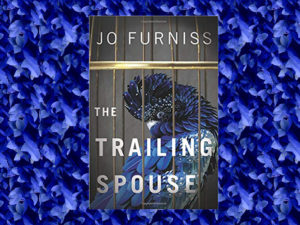