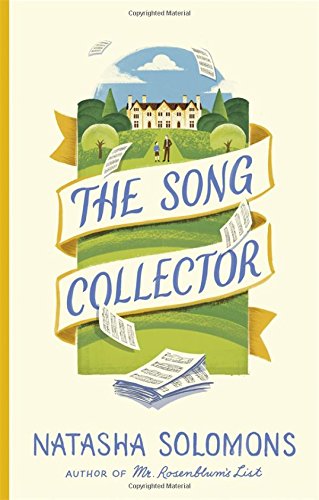 1940s, 2000s: A story about the joy of music. An ageing composer in Dorset learns to rediscover music and discovers family secrets along the way..

Harry Fox-Talbot (“Fox”) is an ageing composer whose wife has died. His music has deserted him since her death and he gets annoyed at his family attempts to get him back in to his musical world.

Harry and his brothers return to Hartgrove Hall after the war, but their childhood home has been requisitioned by the army so their world is a shadow of its former self.

They hold a party on New Year’s Eve 1946, which the famous and glamorous war time singer Edie Rose attends.  An event, an encounter which will change their lives for good.

Now an old man, Harry looks back on his life, that night and his musical journey of highs and lows as he examines his life. When his grandson turns out to be a musical prodigy, music and secrets of the past look set to reenter his world.

Where music, life and death all live together with secrets from the past. Music is imbued in every sense of the hall and connects Harry to his love, his landscape and his life. Harry’s wife Edie was even known as the nightingale for the way she sings. Singing at her own funeral is apt and poignant. Her Russian heritage is at odds with the English country garden but she sings and comes alive in the winter.

Harry is a song collector – what a wonderful turn of phrase for someone who writes and loves music. He has collected songs and music for years for he sees it as being the thread between the landscape and its history.

Requisitioned by the army during the war, the brothers take it back

“I’m nervous about seeing her again. Hartgrove Hall is our long lost love, the pen pal we’ve been mooning over in our thoughts”

The hall in 1946, was the scene of scandal and intrigue when wartime singer Edie Rose sang. And the music since then has sung throughout its corridors and across the years.

Oh but the music – music over the years sung by milkmaids and shopkeepers, soldiers and gypsies, folk songs which change with the geography of the county – those sung in the south are not those sung in the north. Songs teach us about the history and the landscape of a place that nothing else can.

Music is in every word of Harry’s life. From the cup which falls and breaks with “a xylophone crash” to the silence of later years, music is deeply ingrained in the story of Harry and his life. His grandson is to play the final composition which will bring tears to his eyes, a longing to make things right and a desire to bring music back into his life.

The author has produced a fascinating song map of the UK and needs your help to build it. Find it here – www.songmap.co.uk