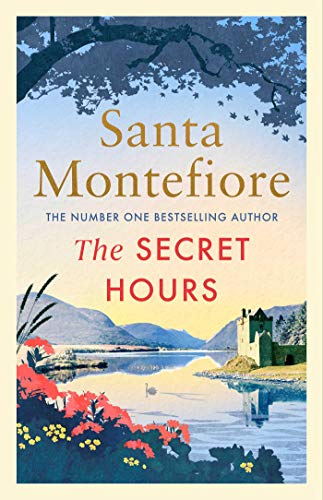 Arethusa Clayton has always been formidable, used to getting her own way.   On her death, she leaves unexpected instructions.   Instead of being buried in America, on the wealthy East Coast where she and her late husband raised their two children, Arethusa has decreed that her ashes be scattered in a remote corner of Ireland, on the hills overlooking the sea.

All  Arethusa ever told Faye was that she grew up in a poor farming family and left Ireland, alone, to start a new life in America as did so many in those times of hardship and famine. But who were her family in Ireland and where are they now?  What was the real reason that she turned away from them?  And who is the mysterious benefactor of a significant share of Arethusa’s estate?

Arethusa is gone. There is no one left to tell her story.  Faye feels bereft, as if her mother’s whole family has died with her.  Leaving her own husband and children behind, she travels to the picturesque village of Ballinakelly, determined to fulfil her mother’s last wish and to find out the reason for Arethusa’s insistence on being laid to rest in this faraway land.

Castle Deverill and the Deverill family have been through some difficult times. We met them in book one Songs of Love and War which chronicled the fate of them, their home and of Ireland itself from 1900 until the war. Through the war and the war of Irish Independence.

In Daughters of Castle Deverill, we take events up from 1925, when the world iCounty Corks changing, debts and investments from the past come back to haunt in the great crash of 1929. Family members,no longer living at Castle Deverill are now living in York and Connecticut. The pull of the castle and Ireland however continues to enchant.

In the third installment, we’re back to the castle and at the heart of more family drama in a unique setting.

This is the final part of the Deverill series (although I think this could be made clearer on the cover) and it was a real treat to go back.

Kitty is back. Yay! And there’s a long lost cousin from the USA. When these two get together to solve the mystery of Arethusa Deverill.

The story is well written and the plot is a great mystery and family saga that is easy to get lost it. The Irish setting and culture behind the story is really immersive and is written almost as an ode to the country of Ireland and its people.

Imagine having to go to Ireland on your mother’s deathbed request to go and find out about her past? Especially as she never mentioned Ireland before!? It’s all very intriguing and the stories of secrets and lies come out, one after another.

The location, with its charm and mystery, and of course history really does enhance the main story and it’s a feast for all the senses. You can tell the author loves this part of the world. There’s many splashes of Irish history as well to interest you as well.