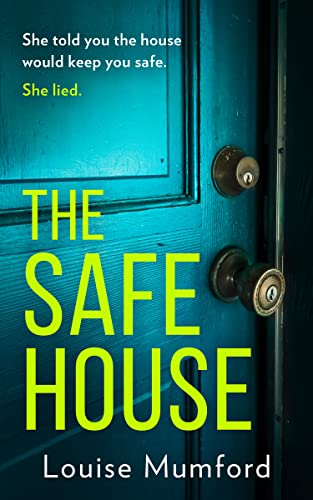 2000s: She told you the house would keep you safe. She lied.

Today there’s a man outside the house. A man who knows Esther’s name, and who proves that her mother’s claims about the outside world are false. A man who is telling Esther that she’s been living a lie.

Is her mother keeping Esther safe – or keeping her prisoner?

The Safe House is set in an anonymous place which adds to the mystery. We know this could happen anywhere and everywhere.

Five year old Esther develops asthma after her family move near to a smoky factory but it is never mentioned where this is. It could be anywhere and that is the problem and strong point of this story.

Some of the claustrophobic writing:

“The birds had been some of the first to go, she’d told her, even in the countryside, away from the suppurating heart of the city

When Hannah “looks at the world, she sees only its dangers and her solution has been to hide away from it all, telling herself she is keeping you safe.”