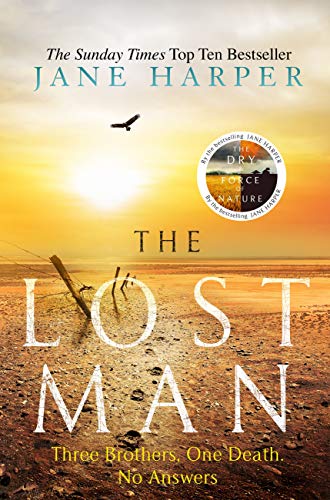 He had started to remove his clothes as logic had deserted him, and his skin was cracked. Whatever had been going through Cameron’s mind when he was alive, he didn’t look peaceful in death.

Two brothers meet at the remote border of their vast cattle properties under the unrelenting sun of the outback. In an isolated part of Australia, they are each other’s nearest neighbour, their homes hours apart.

They are at the stockman’s grave, a landmark so old that no one can remember who is buried there. But today, the scant shadow it casts was the last hope for their middle brother, Cameron. The Bright family’s quiet existence is thrown into grief and anguish.

Something had been troubling Cameron. Did he choose to walk to his death? Because if he didn’t, the isolation of the outback leaves few suspects…

The way Jane captures the landscape of the outback is like a character in itself . This is not just a setting, but a landscape of dust and dryness, heat and loss of hope. Cattle stations dot the landscape, homes are few and far between. If you get lost out here without water supplies, you die:

“Even the cattle didn’t linger. The ground was typically sparse for eleven months of the years and hidden under murky floodwater for the rest. The cows preferred to wander north, where the pickings were better and trees offered shade.”

The landscape is the main star of the book and the characters those who try to live in it, survive in it and try to manage. But they know it is that which controls them and their lives. This is a lonely, unforgiving place, a bleak, raw place where where people live  great distances from each other. If they need something, if a cow escapes or a fence needs fixing. The novel plays on that isolation, explores it, creates an added layer of bleak darkness and hopelessness. This place is raw, remote, deadly and despite the heat, it’s “monstrous sky” , it can be extremely cold in many other ways.

“ As far as he could see, the land stretched out, deep and open, all the way to the desert. A perfect sea of nothingness. If  someone was looking for oblivion, that was the place to find it.”

The sense of isolation is palpable. The Australian setting is further enhanced by the use of Australian terminology and phrases “This arvo” and words to describe the nature of the weather extra. There are cattle stations, roads to the next settlement which run for miles and miles. And then there’s the legend of the Stockman:

“The name of the man buried beneath had long since vanished and the landmark was known to locals  – all sixty five of them plus 1000,000 head of cattle, simply as the stockman’s grave. That piece of land had never been a cemetery; the stockman had been put into the ground where he had died, and in more than a century no one had joined him.” 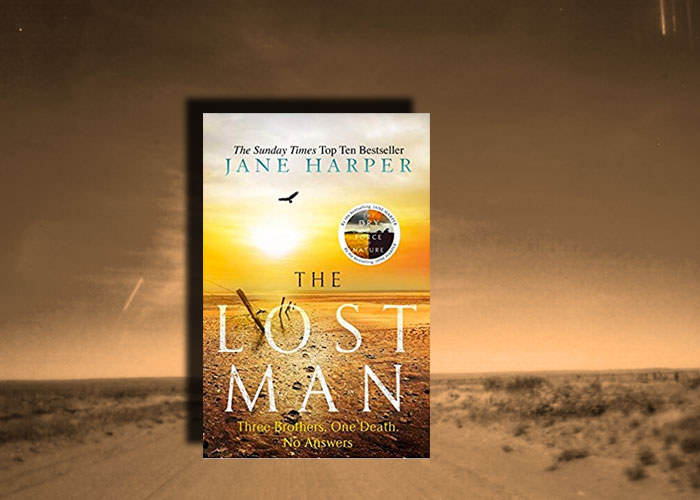 I have loved both Jane Harper novels so far and this, the third is right up there.

She is the Queen of the remote, raw and visceral Australian setting. You’re plunged into the dry, the heat and the lack of human contact here. Driving along a road without supplies could result in death. Your body might never be found – there’s a severe lack of passing cars.

But in the middle of this landscape, amongst the cattle farms and single houses, there’s a grave where the legendary stockman is buried. Used to frighten the children and people of this town. Now, a local man has been found lying in the grave…but why did he venture out here? and leave his car?

The story flits back to build up a shocking web of deceit, family breakdown and secrets which go way back. These are people from a unique place, where life is very different to anywhere else. The Queensland outback is not your friend it would seem and conditions are harsh and life dependent on landscape and weather.

The cast of characters is strong as are the relationships between them. I’ve never been to the area in the book, but then this is not a place for tourists. You have to have lived and breathed this land to fully understand and respect it.

The way the community, the land, the people and the past all wove together despite the gritty sandstorm of the plot is testament to Jane’s skill as a writer. Very cinematic and a thump to the chest ending.