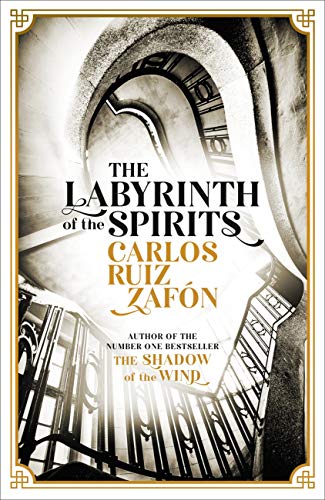 The final visit to the Cemetery of Forgotten Books

As a child, Daniel Sempere discovered among the passageways of the Cemetery of Forgotten Books an extraordinary novel that would change the course of his life. Now a young man in the Barcelona of the late 1950s, Daniel runs the Sempere & Sons bookshop and enjoys a seemingly fulfilling life with his loving wife and son. Yet the mystery surrounding the death of his mother continues to plague his soul despite the moving efforts of his wife Bea and his faithful friend Fermín to save him.

Just when Daniel believes he is close to solving this enigma, a conspiracy more sinister than he could have imagined spreads its tentacles from the hellish regime. That is when Alicia Gris appears, a soul born out of the nightmare of the war. She is the one who will lead Daniel to the edge of the abyss and reveal the secret history of his family, although at a terrifying price.

Welcome to Barcelona and the Cemetery of Forgotten Books

Starting on the famous Ramblas, this is a brilliant and evocative journey into the labyrinth of streets which make up the maze of Barcelona. Zafon’s words even in English thanks to translator Lucia Graves have the most magical lyrical quality to them which transport you to Barcelona and immerse you into the Cemetery of Books itself….

This is the most magically gothic city. One made of mazes, puzzles and stories which thread their way through the twisty cobbled streets to reaveal the most unexpected of links. This city’s streets are paved with not just literary gold but magical realism and magic in its purest form:

“A story is an infinite labyrinth of words, images and conjured spirits to reveal the invisible truth about ourselves.”

The Cemetery of Forgotten Books

Daniel on his return to this magical place feels just as surely the readers will do when reading this:

“That night I dreamed that I was going back to the Cemetery of Forgotten Books. I was ten years old again..”.

“Slowly, as if I were trying to advance underwater, I managed to press on across the spell of a Barcelona trapped in time, until I came to the threshold of the Cemetery of Forgotten Books.”

The Fountain of Canaletas nearby, and where the novel opens:

“ The water of the Canaletas Fountain glistened in the void,suspended like a necklace of glass tears.” 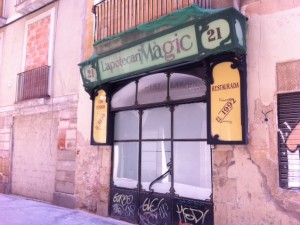 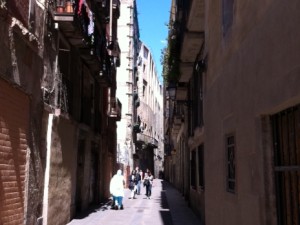 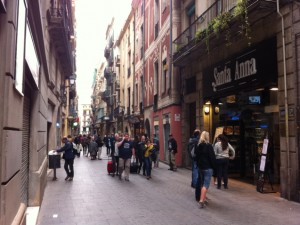 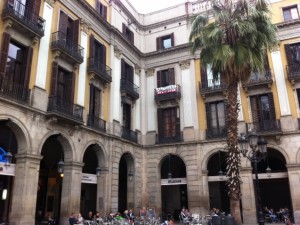 I have been so excited for this novel to come out in the English speaking world. I admit I had read it before in Spanish as well, I couldn’t wait for it to come out in the UK, but kudos to Lucia Grave who translated it! Brilliantly done and in a way which totally captures the magic of the original and even adds a little magic of its own.

You do read this with a bit of sadness however as it’s the final novel in Zafon’s The Cemetery of Forgotten Books quartet but you are in for one heck of a treat. Best to start with Book One – The Shadow of the Wind which is  one of my favourite books of all time if not the favourite.

We’re back with Daniel and the Cemetery of Forgotten books and the Spanish cover has a young boy gazing into the shop window which I found to reflect how I felt about reading this book. You gaze like an excited child dying to go inside and experience the magic. I was not disappointed.

It’s not just a revisit however for there is more of Zafon’s magic in the Gothic city of Barcelona. Meeting Zafon’s latest creation, Alicia Gris, was a memorable moment. She has to be one of the most extraordinary characters ever to be captured on the pages of a novel. And an epic novel at that.

Daniel is now a young man (running that most exciting of bookshops Sempere and Sons) and is now married with a child of his own. but this makes his search for his own mother even more urgent and enter Alicia who will be a part of this final journey for the truth

I read it slow -painstakingly slow infact as once I was back in this world I didn’t want to leave it. I now feel bereft, but all my questions and worries about Daniel and co have been answered and addressed. I was particularly excited to read about how Fermin arrived in Barcelona and his backstory to the present day!

It’s a captivating conclusion, a maze like series of puzzles and clues which suit the setting of the maze like streets of Barcelona. Some new exciting and mysteries locations in the city appear here too.

Oh what else can I say? This is not just a novel you have to read but a journey you HAVE to go on.

This HAS to be a film. It’s such an epic immersive and brilliantly written read.

I was spellbound reading this. Excited to return to the Cemetery of Books, back with old friends and meeting new ones. The gothic streets of Barcelona are the perfect setting for the maze of secrets and puzzles contained within the plot.

Booktrail Boarding Pass:  The Labyrinth of the Spirits