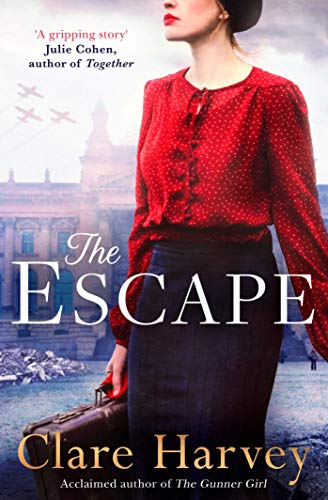 One winter morning in Germany in early 1945, Detta passes a group of exhausted British prisoners of war who are being force-marched westwards. One man catches her eye and she cannot forget him. The following day she receives an urgent message to contact the local priest: he needs her help.

Miranda is a photography student in Berlin in 1989 as the Wall falls. Trapped in an abusive relationship, her one hope for escape is an old postcard of the village her grandmother, Detta, was born in. As Miranda flees through the rubble of the Berlin wall and into the East, she begins to suspect she’s being followed by the Stasi.

The city of Berlin is evoked through the war years and then in 1989 when the wall comes down.

The story looks at the experience and treatment of the prisoners of war:

Tom and Gordon stopped under a tree whose branches seethed angrily overhead. Through numb fingers he managed to light them a cigarette, trying not to think about frostbite. He passed to Gordon, letting his friend taste the warming smoke first. Nearby, another dysentery-ravaged man jack-knifed, too cold and weak to even more aside and drop his trousers….”They were a reeking squad. When they set off again Tom heard the guards shouting down the line, No More stopping until they’d all crossed the Oder.”

The city of Berlin during wartime:

The city is awash with fear. Detta boards a train and has to keep her eye on everyone around her. Detta lives in fear of soldiers walking past, the danger on every street corner. She sees a line of POW being marched past her in her village, and then she meet him again, but the danger of helping, of becoming involved could lead to death.

The min streets were still choked with cars heading towards the Wall border crossing points, and the air is thick with the metallic tang of exhaust fumes and the chug of two-stroke engines. Sleet runs like sideways tears on windscreens.”

“Pedestrians hunch their shoulders against the icy air and hurry past, all except one:  a middle aged man in a check jacket and homburg, who mutter something about changing money. I nod, and we duck into a side street. I exchange some of my Western Marks for East, at a rate of four to one. The Easter notes are as flimsy as Monopoly money…

A very immersive and thought-provoking novel about two women on both sides of the Berlin Wall.

The writing is lovely and the story really looks into the human sufferance as well as the endurance of those caught up in war.