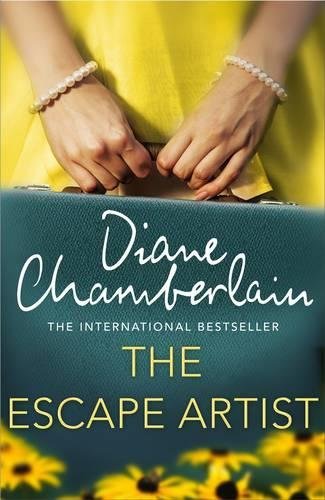 2000s: Who do you protect? Yourself, your son or numerous future victims?

Susanna Miller has  lost custody of her son, Tyler. Her ex-husband and ‘the other woman’, now his wife are due to look after him now. Susanna is unwilling to give him up though and so they flit in the middle of the night in order to start a new life in Annapolis. They change their names and are now known as Kim and Cody

However this is not the start of freedom – living in a place where she feels as if she is always looking over her shoulder, feeling like a criminal. When in Annapolis, she meets artist Adam and his sister Jessie. Adam’s wife died along with their two children a few months prior. Kim and Cody soon make friend with them and life seems to be looking up.

Life in Annapolis is not going smoothly however. There have been two bombings in the city and these locations along with future ones appear to be on Kim’s computer. Then her apartment is broken into.

What does she do? Anything she says or does could blow her cover. But to do nothing might get more people killed…if she’s not killed first.

“The evening sky over Boulder was a vivid violet-blue, broken only by a jagged line of gold as the sun fell behind the Rockies.”

Yet for her and her son Tyler, there is a dark cloud hanging over them and the city in which they live. A cloud of a heart operation when Tyler was born and later a divorce with the chance that she could lose him in custody. They visit a cemetery in view of the Chatauqua Park and decides on a new name from a gravestone there.

A map of locations is found on Kate’s computer and these are locations in the novel where future victims of bombings are living. A macabre trail around the city is about to start – and Kate is living in the centre of it all – beside the Naval Academy at the port.