The Edge of Dark 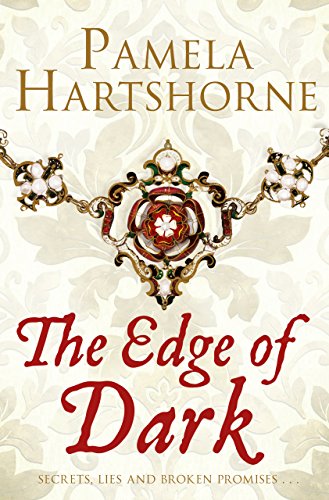 Jane is the eldest daughter of York butcher Henry Birkby. A plain girl, she is not expected to marry well if at all. Her younger sister Juliana is everything she isn’t. But Jane receives an offer of marriage and so starts on a journey that will take her to places she had no wish to go to. A deathbed promise takes her to dangerous places.
Present day York – Holmwood House

Roz Acclam arrives in York (her hometown) to start work at the events manager at Holmwood House. One day trying on a necklace, she disturbs some intriguing yet dangerous memories of a life once lived – but  this past does not belong to her, but of someone whose life is in danger.

York with its twisty turny streets, dark cobbled alleyways and old history in every nook and cranny sets the ideal scene for a time slip story. A map in the start of the book outlines the main sites of 16th century York and as many if not all are visible today, makes for an ideal booktrail –

Located at Micklegate, the famous or rather infamous setting where heads were placed on spikes during the war of the roses, this is the ideal setting for a story which refuses to stay in the past. Jane lives here and  knows its nooks and crannies well

“There was a wrongness in the air in the Micklegate house, a sly chill that from floated up from the floorboards”

But Holmwood House, also provides Roz with a series of worrying flashbacks and events which she seen unfolding in front of her eyes. Micklegate only  a few feet away seems like a world away

Colleague Helen has a good idea however -“Ghosts are always a big draw” she states.

An area -modern and quaint just off Kings Square in the main centre of York and at the opposite side to the city from Micklegate. Here Roz lives and tries to settle into her new life.
She stays her and works some days but there is always something from the past just waiting within its walls.

“Roz wandered around the flat touching things, trying to connect with her old life but part of her marvelled that she had ever lived there”

York is vividly evoked in every sense – from the smells of the butchers house to the sounds of the cobbles to the intrigue around every street corner, this is the York of today and yesterday merged into one with some fascinating results.

“The Minister slid away, the houses clustered won to the river. Away when the Skeldergate ferry and St Georges field….”

If you want to discover York and its past then you could do far worse than read a Patricia Hartshorne novel. The lady weaves a magical time slip novel of secrets from the past which weave and wisp their way into the present and what a tale she weaves.

York now is a town of crooked houses and dark twisting streets so the ideal place for a booktrail where the past bleeds into the present. History is all around us and we would see more if we only looked more closely.

walking around York sometimes feels like an historic walk and with this book I was transported there once again. The timeslip making this a fantastic historical read and a journey into the past of an already fascinating city.

Oh and I really wanted to warn Jane and Roz of the impending events. Both great characters and it was lovely to see both characters develop and for their paths to cross in the ways that they did.

A lovely and fascinating historical read