The Memory of Midnight 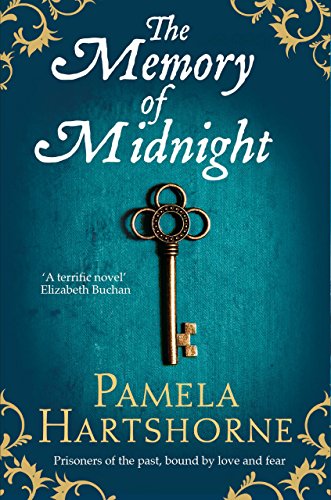 1500s: Elizabethan York and a mystery that extends across the centuries

Elizabethan York. One hot summer’s day in 1561, young Nell Appleby finds herself trapped inside a wooden chest. The fear and darkness never leaves her and neither does the man who put her there. Despite trying to move on, and with sadistic man for a husband, when she sees a childhood sweetheart again, does she dare hope for a chance to escape?

Four and a half centuries later, Tess and her small son Oscar move to York. She too is married to a harsh man and wants a new life. But memories surface in York that were buried long ago and when the two collide, there is  a struggle to survive. Looking back into the past is the key to the future.

“Stonegate was divided into blocks of light and shade with a narrow strip of sunlight laid between the gutters.”

In this timeslip novel, gothic and mysterious York shows two sides of its face – across the centuries and every time you look in one of its nooks and crannies you see something very different you had not seen before.

This is the York of fear and hiding, of Nell who jostles the crows in the streets, where “splatters of horse dung had dried to crisp tender on the street” The sights, sounds and smells of the past are evoked in delightful detail and are enhanced with the putrid smell of the unusually hot summer.

The supernatural element floats through the novel and the timeslip takes you from Nell’s world to Tess’ with ease. 1500s York  is superimposed like a faded photograph on the present and both worlds merge and fade into each other with ease. As Tess learns of her dreams and visions of a woman from the past, she realises that the mystical York holds a very special power over two women centuries apart.