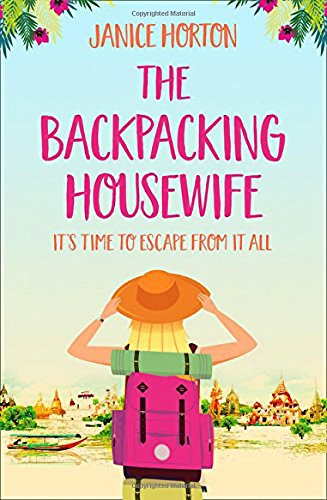 2000s: A novel inspired by a great love of travel!

Lorraine Anderson was meant to be making a Sunday roast, not swanning off to Thailand, backpack in hand! But when she finds her husband and her best friend in bed together there’s only one thing to do – grab her passport and never look back!

Now, with each mile travelled Lori sheds the woman she once was and finds the woman she was always meant to be. A woman of passion and spirit who deserves to explore the great unknown…and to indulge in the temptation she encounters along the way!

Wish you could escape your life?

Escape on an adventure along with Lori….

What’s a woman to do when she finds her husband with her best friend? Go to the airport and head somewhere far away and exotic.

Become immersed into the sights and sounds of the country as if you are with the author.She’s done these journeys herself as the book is heavily inspired by her travels so you can be rest assured that this author is one unique travel guide

With a base of  the Holiday inn bangkok, she uses this as her starting point for her travels to come and soon…she’s off!

Chang Mai she realises is very different to Bangkok. It’s known for its slower pace of life. ITs an ancient moated city, which , thanks to its conservation laws, has mostly stayed intact with its seven-hundred -year-old walls and lack of high-rise buildings. the city is filled with beautiful old buildings , golden temples, sacred shrines, galleries museums, restaurants and coffee shops”

There’s also what Lorraine calls “The roundabout of no rules”  So much description in one simple phrase! There’s also some lovely moments such as the  monks collecting food for the day and the custom of offer something to them.

Wat Phrathat Doi Suthep – the most significant temple in  the city and one of the holist Buddhist sites in Thailand  She reads about this in her guidebook and has to go!

Most of the places in the novle are real but Koh Phi Tao in Thailand and Reef Island in  Malaysia are fictional ones. The author also gives thanks to a special place Sepilok Orangutan Rehabilitation Centre for their work they do with orphaned Oranguatans

Langkawi, officially known as Langkawi, the Jewel of Kedah, is a district and an archipelago of 99 islands in the Andaman Sea some 30 km off the mainland coast of northwestern Malaysia. She heads here and even goes in a cable car.

Kuala Lumpur, or KL, as it is known, is a modern shiny high-rise metropolis, and the capital city of Malaysia

The sights here sound amazing and that’s not saying anything about the fantastic shopping malls! There’s too much to mention here but read the book and take in the sights along with Lorraine – there’s a lot to see and experience with her here! And the food!! The Batu Caves, the monkeys!

Travelling for the most adventurous traveller! 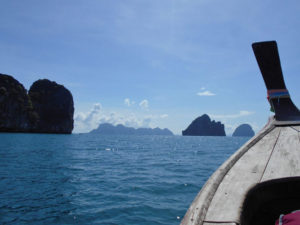 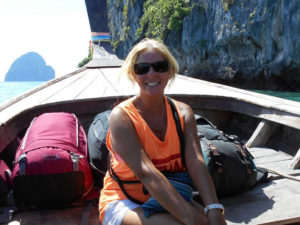 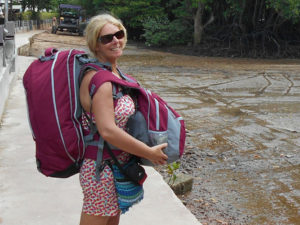 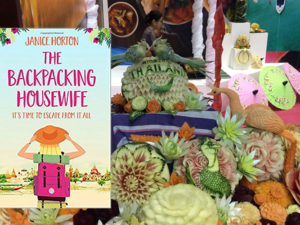 Chatting to the author I found out that this story was inspired by her own love of travels and her extensive journeys all over the world. This novel is fiction but that backstory really makes this story stand out from the crowd.

In the story, Lori’s husband has cheated and so this journey is a break away from it all and a way of finding herself. Now before you all sigh, this is so much more than that – it’s an adventure in itself and a lovely homage to the sights and sounds of this remarkable region. Flying into Bangkok, she soon finds out the lovely places to go to next and so heads off for the adventure of a life time in Thailand and Malaysia.

Even the airport of Bangkok seems alien and overwhelming at first – and it’s these pauses and small details that make such a difference as anyone who has travelled alone will know and recognise. This is a woman whose life has fallen apart so she is more vulnerable than most – but perhaps because of this, more courageous to go as far as she can.

She stays in a posh hotel at first but that’s the last sign of her Western ways as she fully immerses herself into the sights, sounds, smells and oh so mouthwatering tastes of the region

This is when the book ramps up the travel factor even more as it acts like an inspired travelogue with Lori’s heartbreak but heartwarming story at the centre of it all.

From Bangkok she heads to Chiang Mai and then over to Railay Beach  for a bit of diving and more. She’s not one to shirk any new chance of reinventing or enjoying herself.

Then there’s the islands – Koh Lanta on to Koh Ngai, Koh Lipe and the  fictional Koh Phi Tao . There’s turtles, orangutans and more and it’s a delight to be on that journey with her.

A fun and heartfelt read from someone writing from a very unique travel perspective and it’s a great literary holiday if going there yourself is out of the question. It will make you want to go though!