Island in the Sun 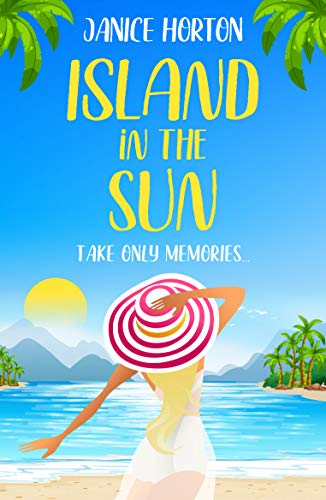 2000s: How would you feel inheriting a Caribbean Island?

When successful jewellery designer Isla Ashton unexpectedly inherits her eccentric Aunt Kate’s Caribbean island, she is obligated to return to the place she associates with heartache and regret. To where she grew up and fell in love with her childhood friend, Leo Fernandez. Fully intent on selling the island and finally putting the past behind her, Isla is soon compelled to put together the pieces of what really happened on a fateful night ten-years before. She begins to believe that in going to prison, Leo hadn’t only been shielding her from the same fate. She also starts to suspect that her late Aunt hadn’t been entirely honest in sending her away under the guise of recriminations. Who had they both been protecting and why?

You can try to find Pearl island, but sadly it’s fictional. However the author does tell us that it’s heavily influenced by the very real Utila Island just off the coast of Honduras. There’s mentions of Harrogate in Yorkshire, Edinburgh, London and a mention of a few USA hotels, but the real location here is Pearl Island.

As for Pearl Island:

“Islas de las Perlas, or Pearl Island, is situated in the eastern Caribbean Sea, an equal distance between the Cayman Islands and mainland Honduras. It is just two miles long and one and a half miles wide at its widest point. In days of old, around the time of the seventeenth and eighteenth centuries, this then unnamed and uninhabited island had functioned as a safe harbour for passing ships caught in bad weather or hurricanes while sailing into Port Royal on Roatan. It then became a tactical strong hold for pirates launching daring assaults on treasure-laden ships sailing from the mainland.”

There is also an interesting story of how a certain Captain Henry Morgan had buried some hidden treasure close to Porto Bello (modern day Panama) This area then became a hub for pearl divers.

So against this fascinating backdrop:

This is the island ( not on many maps either which makes it all the more mysterious) that seems to have been won in a poker game and now left to the banished niece of the owner’s wife. It’s all lusciously evoked and described. From the deep blue sea to the oyster beds, the white sands and the shimmering dense mango swamp, you can almost taste the locations as well as see them in your mind’s eye.

Her aunt’s house, which  she is to inherit is a colonial -style, with a wrap around porch and manicured tropical grounds…There’s houses on stilts, buildings in the traditional Creole style

There’s a pearl farm on the island when Isla returns. And it’s lovely to find out about them:

“Bahraini pearls, with their superior lustre, are reputedly the finest in the world, but being both natural and scarce they are also the most expensive.

The process of how pearls are created seems magical. Taking something hard and ugly and making it into something shimmery and real. Sounds like the tagline for the novel, for Isla’s life and for us readers in general!

The island  carries memories for Isla and so does a certain boy , a sea-gypsy, so this return home is quite unlike any other… 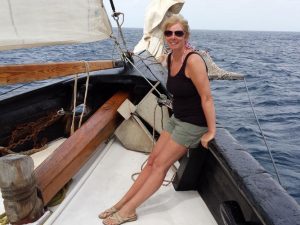 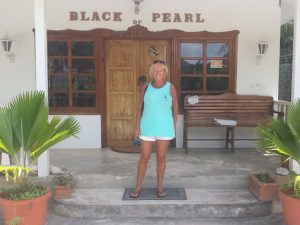 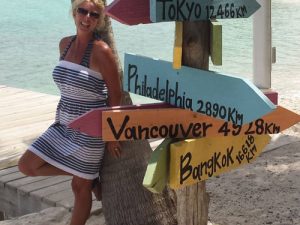 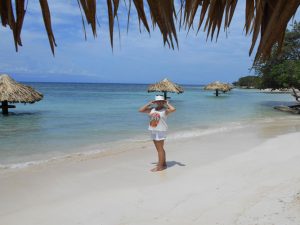 A journey to an island, where the sea is glistening, the mango rice and a chilled Chablis is waiting for you, and there’s the white sands, and the shimmering pearls to look at whilst you dine…

The story of a girl returning to an island she’s inherited was very interesting and felt fresh  – helped by the cool Caribbean breeze! There’s pearl farms, tales of pirates, a family legacy and Hemingway cats.

There weren’t just pearls buried on this island. There are a lot of secrets. A LOT of secrets. The flashbacks worked well as it felt,aptly,as if I was diving into that sand looking for a pearl of a secret before coming back up to the present day storyline. I loved the mix of characters and how Isla, Leo’s and Kate’s stories flowed back and forth to weave a fascinating tale.