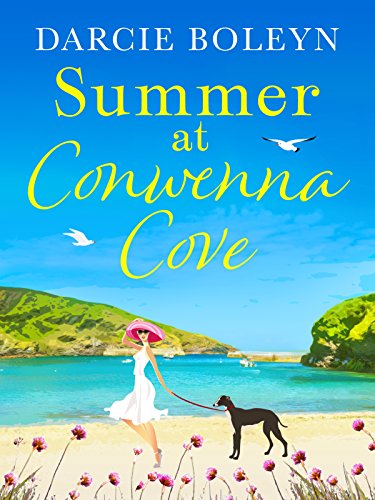 2000s: In a gorgeous Cornish village, two brokenhearted people fall head over heels. But can the magic of Conwenna Cove heal the hurt of the past?

Eve seems to have it all – a glittering career, a loving husband and a future. But then the worst happens and suddenly she finds herself lost and alone. Not knowing what else to do, she flees to her Aunt Mary’s home in Cornwall.

Jack meanwhile is quite happy to be on his own, as he’s seen what people can do to each other.  He too is in Cornwall and settles in Conwenna Cove, with his rescue dogs for company.

But then Eve and Jack meet. Can the magic of Conwenna Cove cast its spell over them both?

Eve and Jack are both scared to trust, but when they come together it’s impossible for either to ignore their feelings. Can they put their fear aside and learn to love again? 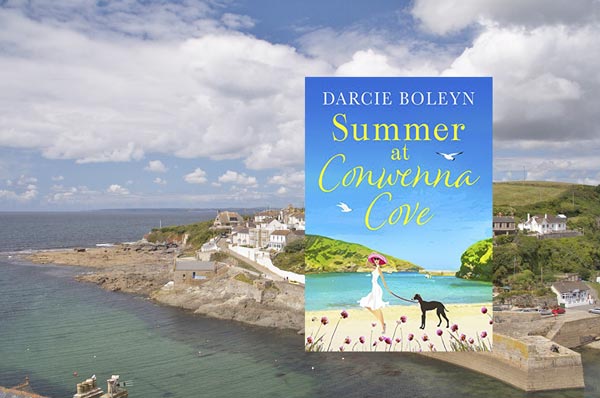 Conwenna Cove is fictional in name perhaps but it’s the flavour, aroma and salt sea air essence of Cornwall itself

“You need to go Eve. I think Cornwall sounds like a very good plan

It’s so beautiful there,Amanda. You can’t imagine how beautiful until you see it: the colourful cottages, the bustling harbour, the cobbled street, the pretty little cover and the copious amounts of greenery everywhere. It’s such a vibrant place to be

And the air..it just smells amazing! Her heart lifted as she recalled the fresh salty air that she’d filled her lungs with as a child, as she remembered how soft the powdery white sand of the cove felt between her toes and as she though of how it would be to walk along the harbour eating freshly cooked fish and chips then indulging in an ice cream from the local parlour”

Darcie herself says – “I chose Cornwall as the setting for Summer at Conwenna Cove because it is an absolutely beautiful location. It has a dramatic coastline, stunning beaches, pretty fishing harbours, spectacular scenery and a rich and intriguing history. Porthleven in Cornwall inspired Conwenna Cove “

There’s a lot of sunshine in this book to enjoy but the book is more than that as mix in a few layers of heartache and stress and this makes for  a really touching read. Both Eve and Jack come from different backgrounds and have their own set of problems but it was heartwarming to see how they coped in Cornwall and how their stories came together. People can have high pressure jobs or pain which stops them from living life to the full and sometimes we all need to step back and reevaluate our lives – I think this is the message if you like of the book and what a way to realise this with such a heartwarming tale. The story is written with warm hugs and kisses on the forehead dotting the words and I felt very happy to have spent time in Cornwall with Eve, Jack and Darcie.