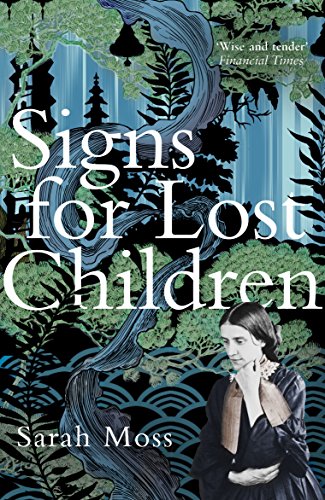 late 1800s: A story of a marriage, mental health and separation

Only weeks into their marriage a young couple embark on a six-month period of separation. Tom Cavendish goes to Japan to build lighthouses and his wife Ally, Doctor Moberley-Cavendish, stays and works at the Truro asylum. As Ally plunges into the institutional politics of mental health, Tom navigates the social and professional nuances of late 19th century Japan. With her unique blend of emotional insight and intellectual profundity, Sarah Moss builds a novel in two parts from Falmouth to Tokyo, two maps of absence; from Manchester to Kyoto, two distinct but conjoined portraits of loneliness and determination

Tom moves out to here to help with building a lighthouse. He also travels to Kyoto where he is there to collect items of Japanese art for a collector back home in Falmouth. He collects the ornate netsuke and it’s an interesting journey into the art world. This new land to him is exquisite and fascinating.

Tom should of course learn Japanese. He is right, there is no getting anywhere without it. Most of the people in this room live only on the surface of Japan, depending on guides and translators for everything that they know and believe…..

“At this time in Kyoto, all across town men are making their way home in the knowledge that a wooden tub of scented water has been prepared against their return, clean clothes laid out in square folds.”

Mental health issues colour his journey here much as it does with Alice in Falmouth. In Japan,  they view mental issues in very different ways compared to back home. They say here for example that a person with an unstable mind has a fox running inside their brain, and that’s what causes the instability.

Ally has qualified as a doctor and so stays behind in Falmouth. Her area of concern is that of women with various health problems and who are locked up, often against their will, in an asylum.