Murder on the Orient Express (Poirot) 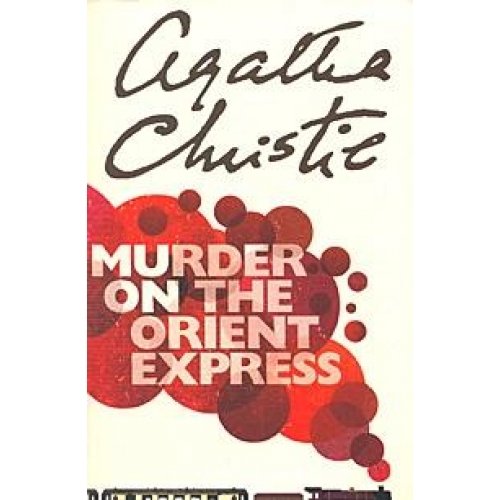 1930s: Perhaps the most iconic train journey of all time…ends in murder

Private Detective Hercule Poirot arrives at the Tokatlian hotel in Istanbul where he receives a message causing him to change his plans and return  to London. He books a first class compartment on the famous Orient Express which is due to leave that night.

Once on board, he meets an American business man Mr Ratchett who had also been at the hotel earlier. He explains his life is in danger and that he wants Poirot’s help. Poirot however refuses.

On the second night of the journey, the train gets stuck in a snowdrift near Vinkovci and so they are forced to sit still for a while. However in the morning, it becomes clear that the snowdrift is the least of their worries – the body of Mr Ratchett is found in his bed.

The setting of the closed room murder, a body found on a train  in a locked compartment….a train caught up a snow drift miles from the nearest station…

The classic train is one full of individual compartments and dark wooden panels. First class passengers have dinner in the posh dining car, women dress in stylish outfits and the mood is set for a calm and peaceful journey through various countries with the landscape flying by….

Poirot like many others on the train has an individual compartment. During the night of the murder, he hears a few strange noises such as a scream,someone talking in French and the bell calling the porter. The train stops – in the remote and dark countryside – with only the trees and the snowy landscape for company. When the body is found – with the door locked from the inside and all passengers still on board, the mystery of the Orient Express begins…

The room is examined as is the sighting of a woman in a kimono earlier that night. The dead man had been stabbed 12 times and a broken pocket watch is found on his person. The passengers all come from  different  backgrounds and are of varying nationalities so the international aspect of the murder adds a unique layer. Poirot agrees to take on the case in the hope that he can find some answers before the Yugoslav police have to take over.
A train – everyone trapped both in the snow and the scene of the crime….

The  story was apparently inspired by a journey Agatha Christie actually had on the very train. (Her biography includes a letter about the time she took the train and got stuck in a flood). The case which starts the story – that of the missing girl – is said to have been inspired by the Lindbergh Case of 1932.