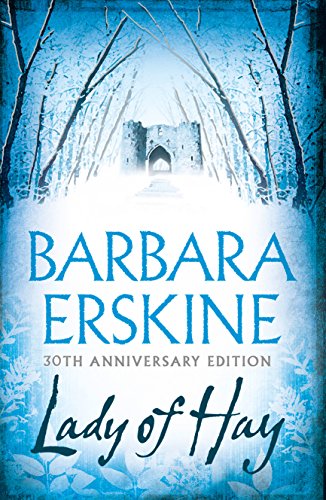 12th, 13thC, 1980s:  A journalist is hypnotised and relives the experiences of Matilda, Lady of Hay, a noblewoman during the reign of King John.

Jo Clifford doesn’t believe in past lives or regression or anything like it, so is planning an article to debunk this and myths like it. However she is not expecting for it to work and for her to relive the life of someone who lived many, many years ago.

She learns about a woman named Matilda who suffers an unhappy marriage, and loves another. These are the days of King John where brutal death threats are handed as the norm. She soon starts to realise that Matilda’s story is not too dissimilar her own.

This is the story of Wales, when the counties of Gwent and Deuheubarth existed, and when the landscape was marked by castles, battles and battlefield scars.

In the author’s note, she explains that King John and Matlida de Braose where real but that the story of what happened between them and their relationship is in fact a fiction or  a matter of surmise, and the fact she had illegitimate children is fiction.

The story and intrigue surrounding John however are very real indeed but that the King’s actions have never really been fully explained.However the entire affair and the downfall of the Braose family led to clause 39 in the Magna Carta:

“No man shall be taken, imprisoned, outlawed, banished  in any way destroyed, nor will we process against or prosecution, except by the lawful judgment of his peers or by the law of the land”

The history of this part of the world and of King John in particular is an important part of Welsh history and is evoked in a way that you can really appreciate and experience it through for yourself. It raises the interesting issues of whether you can be regressed and live someone else’s life. Going back to a time where women were the inferior sex and males  dominated the lives, the status and the future of women.

Al that remains today of the prior on John’s gift of land is a small, redundant, haunted  church, locked and used as a store.