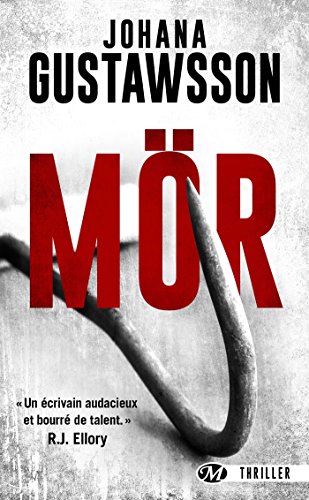 Whitechapel, 1888: London is bowed under Jack the Ripper’s reign of terror.

London 2015: actress Julianne Bell is abducted in a case similar to the terrible Tower Hamlets murders of some ten years earlier, and harking back to the Ripper killings of a century before.

Falkenberg, Sweden, 2015: a woman’s body is found mutilated in a forest, her wounds identical to those of the Tower Hamlets victims. Profiler Emily Roy and true-crime writer Alexis Castells again find themselves drawn into an intriguing case, with personal links that turn their world upside down.

The story starts off at Torvsjön where at the spot of a beautiful lake, something very horrific is found. Such a peaceful place in a rural part of Sweden which becomes a crime scene. It’s an area of beauty and stillness until the beginning of this novel. Such peace and serenity haunts this place and a story of such power, and links to the most notorious of crimes starts…

Torvsjön is a lake well known in Sweden for the good fishing it provides  – people are encouraged to fish with a licence of course but you must put the slippery eels back if you catch any apparently. Well wait till you see what they find in this lake in the novel!

It’s the police here which takes over the case and where the investigation takes place. The police station sees a series of officers and investigators trying to make sense of what they have seen and what they find out about crimes in London, way back in 1888…

Falkenberg is where the body of a woman is found in a lake. A case which harks back to the Tower Hamlets murders some ten years ago. Falkenberg is made of of the two words in Swedish for falcon and mountain. The story hear does grip and then drop you from a great height so it’s very apt indeed!

An interesting location as the story here goes back to the days of Jack the Ripper and the East End of 1888. A time where London was a cesspit of poverty and depravation. Where Freda in the story knows the victims of the ripper and tells the story which many years later will have ripples across the world…

There were five victims of the Ripper and two of the locations are mentioned in the story when Freda finds out about their murders and we see that part of the world through her eyes. Elizabeth Stride proves to be a very interesting link…

If an epic novel that will blow your mind is what you want, then this is it.

There’s a lot to get your teeth into – murders in Sweden 2015 linking back to Jack the Ripper? A killer with a sick sense of justice. Family secrets. Murder and more secrets. Oh and some of the sharpest writing, sharpest plotting and fall off your seat OMG moments I’ve read in a while!

This book is very very clever.The present day plot is twistier than a very twisty thing. The links to the past stories are inspiring and fascinating to the extreme. Lots of povs/shifts in time to keep track of but this falls into place before you realise as the strength of the story supercedes everything else.

This really has to be read with little understanding of the plot to fully appreciate the intricate plotting and deliciously dark twists and turns. It’s the kind of books you grimace at some scenes (graphic is not the word) and then rub your hands with glee at others – but you champion both for the way the words slap you in the face

Now after reading book two I am in awe of Johana. I’ve been lucky enough to meet her on several occasions now and she is the loveliest, warmest person ever! What goes on in that mind of hers? Haha total respect.

This is an early review granted but it’s that good I couldn’t help myself. It’s out on kindle in Feb anyway and paperback in April. Devour this one!!