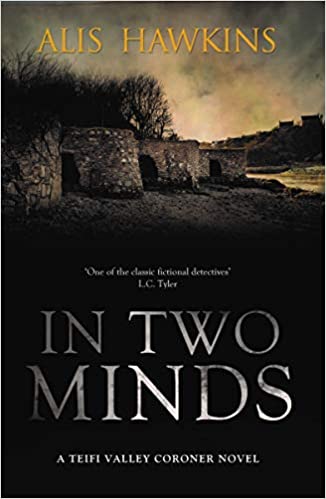 Harry Probert-Lloyd, a young barrister forced home from London by encroaching blindness, has begun work as the acting coroner of Teifi Valley with solicitor’s clerk John Davies as his assistant.

When a faceless body is found on an isolated beach, Harry must lead the inquest. But his dogged pursuit of the truth begins to ruffle feathers. Especially when he decides to work alongside a local doctor with a dubious reputation and experimental theories considered radical and dangerous. Refusing to accept easy answers might not only jeopardise Harry’s chance to be elected coroner permanently but could, it seems, implicate his own family in a crime.

Booktrail it to the Teifi Valley

The Teifi Valley, an area of outstanding natural beauty in West Wales, is some 75 miles long. It passes through the three counties of  Pembrokeshire, Ceredigion and Carmathenshire. A wonderfully rural and interesting place….to find a body or two! Well, if you are a crime reader or writer of course.

The River Teifi forms the boundary for most of its length between the counties of Ceredigion and Carmarthenshire, and for the final 3 miles between Ceredigion and Pembrokeshire. Its estuary is northwest of Cardigan.