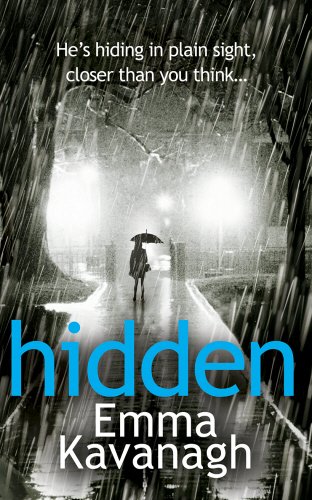 2000s: A killing in a Swansea hospital …the events leading up to it and the consequences of what happened next…

A gunman is stalking the wards of a Swansea hospital…. A mass shooting occurs….

What leads up to such an event? Who was involved and what did the witnesses see exactly? Who is the gunman and what was he doing there? A nurse is found dead. The situation is grim to say the least..

People there that day are brought together as the before and after are examined from the view point of the police and witnesses and to the man responsible for tracking him down. Not to mention the psychologist Imogen who may have a link to the killer…

No one knew that he was hiding in plain sight all along.

The cold clinical corridors of a hospital  – and a killer is stalking them in plain sight.

From the moment of the shooting we are catapulted back in time to the hospital and ground before the tragedy to follow each one of those involved, to see inside their minds, their memories of events and maybe even their motives…

Hospitals are busy places and chaos reigns on a daily basis but they are also places of safety and healing so to witness such a shocking crime jars with the healing nature of the environment.

Just who are the witnesses – patients, doctors and nurses, the firearms officers who patrol the hospital grounds in search of a suspicious character….

“The bodies litter the hospital lobby like autumn leaves blown inside on a gusty day. There are so many of them, the floor has vanished beneath them.”

All people who were there, someone you’ve sat next to in a waiting room, one of the many who wander in and out of the hospital foyer…Where do they come from? Why are they here? Does anyone know each other?

Anonymous figures in a busy chaotic environment. Where time stops still and the repercussions are deadly.
And a gunman in plain sight puts the fear into everyone..

We move from the hospital, the newspaper office and the police station, the death of a young nurse and an event which occurred a year earlier but it’s the character’s mindsets and journeys that provide the most chilling setting of all.

Blimey, make yourself some sandwiches and a flask of coffee as you’ll be going nowhere when you pick this thriller up.

Hospitals scare me at the best of times and I always wonder who is sitting next to me and why everyone is there so I completely freaked out! Such a clinical place added to the chills of the shooting and the events leading up to it were done with aplomb. I didn’t guess how things were going to play out and the fact that the crime occurred right at the start made it feel unique and fresh.

Love books where you can see what happens and then work out why and how.

Swansea and the Mumbles streets gave a nice relief from all the death and crime. A very well paced, exciting thriller!