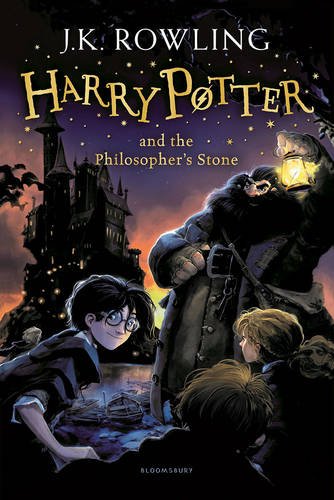 Timeless: Come and meet the most famous boy wizard in the world!

Harry Potter lives underneath the stairs of his Aunt Petunia’s and Uncle Vernon’s house at number 4 Privet Drive. He is bullied and neglected by them and cousin Dudley and wishes for a nicer life. His parents died when he was a baby and he’s felt alone in the world ever since.

One day letters start arriving on the doorstep which his aunt and uncle whisk away and keep hidden from Harry. Each letter has been written in green ink on yellow paper with a purple seal.

On Harry’s 11th birthday, a giant beast of a man comes to Harry’s front door. He’s here about the letters and that it’s time – for Harry is a wizard and it’s time for him to start school at Hogwarts School of Witchcraft and Wizardry. An incredible adventure is about to begin!

Little Whinging – Harry’s life starts here on Privet Drive and the film location is the town of Bracknell close to Heathrow. Harry first finds out about his magical powers when he talks to a snake at London Zoo’s Reptile House in Regent’s Park.

From the moment, Harry steps onto the train on platform 9 3/4, the magic begins. Well it has already begun as Harry has been guided around London’s secret streets and passages with Hagrid as he visits the magic shops in Diagon Alley, the London he knows and the world he knows takes on a new and magical air.

Diagon Alley can be reached on foot by passing through The Leaky Cauldron (a wizarding pub/inn). It’s invisible to Muggles (non – magical people)  but anyone from the wizarding world can access it. He visits Olliander’s  magic shop where he buys his first wand. First stop on the magical mystery tour of Harry Potter!

Charing Cross Road – the dark and shabby pub on the Muggle Street is here and is the gateway between the wizard and non wizarding world.

Hogwarts – the train to Hogwarts leaves from platform 9 3/4 and can only be accessed by running into a brick wall between two platforms.  It’s not easy as Harry discovers but once you’re through, the Hogwarts express awaits….

(Platform 9 ¾ really does exist in Kings Cross now and many people queue for a picture beside the luggage cart that looks like it’s disappearing into the wall)
On the train to Hogwarts…..

Certain places of note in Oxford include Christ Church College which  inspired the stone staircase at Hogwarts that leads into the Great Hall. Christ Church’s high-ceilinged dining hall was a model for the one seen throughout all films (with the floating candles).

When Harry sneaks into the restricted book section of Hogwarts Library under an invisible cloak –  Duke Humfrey’s Library was the inspiration for this.