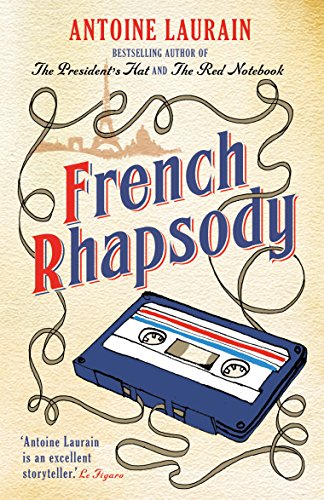 Lost in the Paris postal system for decades, the letter from Polydor, dated 1983, offers a recording contract to The Holograms, in which Alain played lead guitar.

Back then The Holograms had believed in their cutting-edge sound. However, the music industry remained indifferent, and eventually the band split up, each going their own way.

Alain is overcome by nostalgia, and is tempted to track down the members of the group. But in a world where everything and everyone has changed . . . where will his quest take him?

The street where the letter is addressed to. Number 38 is a large house with a big wooden door that makes you wonder hjust what mysteries lie behind it even now.
Rue de Moscou also provides mystery in the novel as there are in someone thinks, with Rue Saint Petersbourg nearby which changed its name from Rue de Leningrad.
It’s not a Russian quarter though we are told but a European one where all the streets are named after a capital city or a major city.

The best place to read this book would be in the station at te le Train Bleu cafe. It’s an iconic part of the story after all. Puton your headphones and listen to some 1980s music.