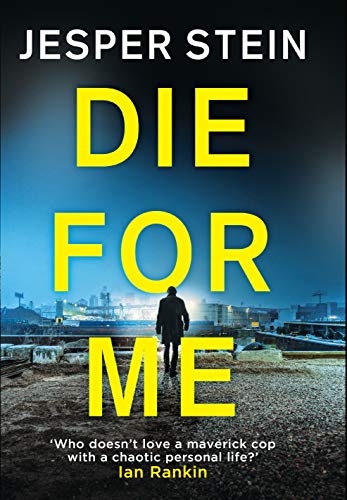 The police investigation is hampered not only by the absence of evidence or clues to the attacker’s identity, but also by the force’s own incompetence and prejudice. A DNA sample links the attacks to the cold case that caused DI Axel Steen’s wife to leave him four years earlier.

Steen becomes obsessed with solving the case, a desperate grasp at reconciliation, but his self-destructive behaviour only serves to alienate his wife further. Axel Steen’s hunt for the rapist is a rollercoaster ride of agonising near misses, heart stopping breakthroughs and a desperate search for a perpetrator who will stop at nothing to outwit the police.

A raw and tense thriller as well as a forensic dissection of a police investigation gone wrong.

BookTrail your way around Copenhagen

This is a tricky novel to booktrail given that the locations throughout are those of either sexual assaults or crime scenes where evidence of these attacks have been found. This is a raw and visceral novel with many chapters and scenes difficult to read. There are some brutal attacks but when they involved helpless women and in situations like those described in the book, they are particularly hard to read.

A serial rapist is terrorizing women in Copenhagen. This is obvsiouly a novel which shows the city in a very bad light – every park, street corner and certain areas of town are covered in shadows and suspicion. Steen has been obsessed by a rape case four years ago and it caused problems in his marriage . These latest cases appear to have DNA evidence that will link back to that cold case. A personal investigation for Steen.

BookTrail Boarding Pass: Die For Me