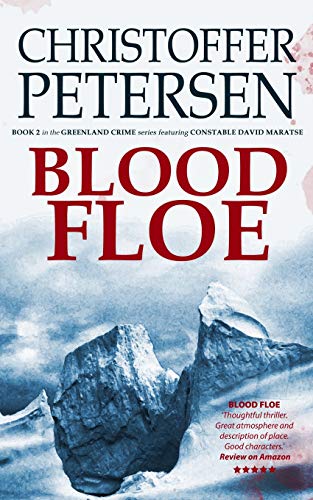 2000s: Early retirement in the remote Arctic settlement of Inussuk is not going to be easy

David Maratse is settling into early retirement in the remote Arctic settlement of Inussuk, when an expedition yacht is discovered at the edge of the sea ice. Patches of blood have frozen to the decks. Three of the crew in the cabin are unconscious but alive, the rest are dead or missing. Frustrated by the slow speed of the investigation, the yacht’s owner hires Maratse to locate the missing crew members, and to recover a lost journal believed to have been written by the late German polar researcher Alfred Wegener. Maratse’s investigation takes him from the wind-ravaged frozen peaks of Greenland to the German capital of Berlin. But as he gets closer to finding the journal, Maratse realises there is more at stake than discovering the identity of the murderer. His own life and the lives of those he loves and cares about, is drawn into a conspiracy stretched tight around the globe

“Even in the unfathomable dark of the long polar winter there is always light – the moon reflecting on the surface of the sea ice, the green and white curtains of Northern Lights twisting across the black night sky, the stars, pinpricks of primordial lights scrutinising the tiny villages and settlements clinging limpet-like to the barren west coast of Greenland.”

“Just as language defines identity in Greenland, so too does subsistence hunting, ie hunting for food, and to make a living from the carving of bone jewellery, and the sewing of skin and fur products, especially from families in the far north.”

“Hunting is a very important aspect of life in Greenland, and this includes the hunting of whales. This is one of the themes explored in Blood Floe.”