A Map of the Damage 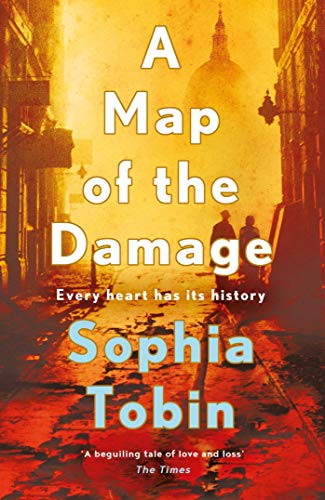 London, 1941. Livy makes her way through Blitz-torn London to the Mirrormakers’ Club, the only place that makes her feels safe, where she finds herself drawn into the mystery of a missing diamond, and torn between two men with competing claims on her.

London, 1841. Charlotte is helped from the scene of an accident by a man who shows her a building he is working on, and whose kindness unlocks a hope she has long kept buried. But that man is not her husband.

Two women, a century apart, united by one place: the Mirrormakers’ Club. A building which holds echoes of past loves and hates, and hides the darkest of secrets in its foundations.

It was built by architect Philip Hardwick who also built nearby Goldsmith’s Hall. The author researched the book by looking at letters between Hardwick which were found in Goldsmith’s archives. The character of HenryDale-Collingwood was based upon the letters and the characters within.

In appearance, the Kinsburg diamond is inspired by the Beau Sancy Diamond. The latter is a diamond found in India that has been owned by a number of European royal houses. In May 2012, it was sold at Sotheby’s auction in Geneva for $9.57 million.

The Redlands estate in the novel is inspired by the very real Waddesdon Manor in Buckinghamshire.

BookTrail Boarding Pass: A Map of the Damage