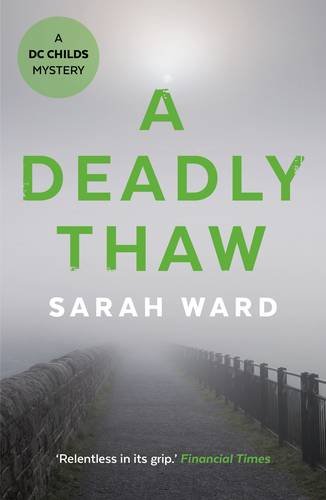 2004: In Bampton, Derbyshire, Lena Fisher is arrested for suffocating her husband, Andrew.

2016:  A year after Lena’s release from prison, Andrew is found dead in a disused mortuary.

Who was the man Lena killed twelve years ago, and who committed the second murder? When Lena disappears, her sister, Kat, sets out to follow a trail of clues delivered by a mysterious teenage boy. Kat must uncover the truth – before there’s another death . . .

Bampton may be a fictional town in Derbyshire but the descriptions of woodland and the deadly thaw of winter are enough to place you right at the heart of the rugged landscape.

A fascinating landscape really worth a visit and for a literary trail which lets you see the dark side of the English countryside.

This time the investigation heads north to Yorkshire and the small town of Whitby. Already having found a ‘new’ dead body in a mortuary, the atmosphere is chilly to say the least. But Lena might have gone to Whitby where she has connections and Whitby is the town where Dracula also has connections….so already the chill factor and the association with dead bodies is high….

Crowther Terrace is of course fictional where Lena is supposed to live. 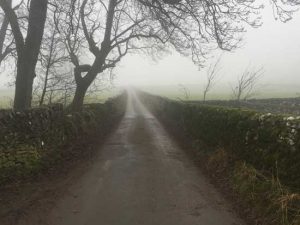 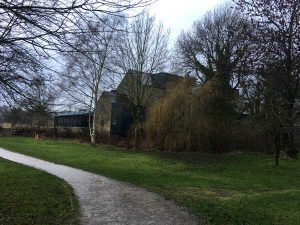 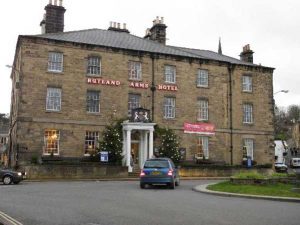 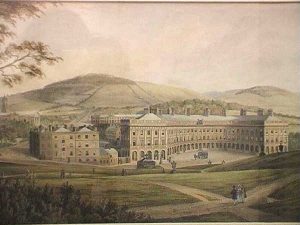 Set in Derbyshire – fictional Bampton which is just as well! – and Whitby, this is a novel of dark, gothic, foggy overtones which the cover more than aptly evokes.

The fog is also alludes to the difficulty which surrounds this mystery – what is going to be revealed next? The book had more mysterious overtones than I could have hoped for.

The premise of a body being hidden inside a morgue – well that was just genius right there. Creepy, chilling and haunting so when the seach ends up at Whitby, I had visions of Dracula and dead bodies deeply buried in my mind’s eye – apt for many reasons when you think about it. The short snappy chapters gave the story a sense of urgency and introduced the various viewpoints in the story. Crisp and sharp and all moved along at a cracking pace,
Despite the complexity and hard hitting issues in the novel, this was an easy read which made the reveals all the more shocking. It’s very easy to follow, the cliffhangers are carefully managed and the overall result is that I was left wanting more.

This is only the second in the series so there has to be more right? I need to know more about DC Connie Childs. She is the main stand out character for me as most of the events are seen through her eyes. I need more visits to more remote and Dracula linked places – foggy coastal towns, towns shrouded by mist and mystery.

The way the clues and reveals came together was a gift to read.  Flashbacks to the 1980s, the meatmarket that was the only club in Bampton  – Ups and Downs. It’s the little details that really made this go up a level in the reading stakes. This is like a true literary puzzle this book and I felt like one of Connie’s team at the end of it all.
Roll on the next one!