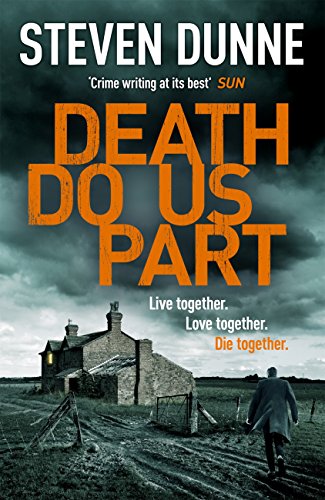 DI Damen Brook is on leave. That’s right, a period of leave. He’s hoping to meet up with daughter Terri but her heavy drinking is causing more than a few problems and so he instead takes the opportunity to check in with work, and then visit the local murder scene he learns of.

The scene is a grisly one. For an elderly couple have each been shot in the heart. Executed in cold blood, the same MO as the murder of a middle-aged gay couple killed the previous month.

The same killer is suspected of both crimes and the case needs solving and fast. Brook is forced to take over from the retiring officer in charge to make sure this case has his absolute focus.
But Brook isn’t as focused as everyone, including himself,  thinks..

Welcome to Steven Dunne Country. Fancy a walk through the Derbyshire countryside and the Peak District landscape – mind you when you’re walking alongside Steven Dunne and his character DI Damen Brook, don’t expect any kind of holiday.

This is Bleak District you see – walk a few miles up the rocky road and there ‘s a crime scene right in front of you. Of course the exact crimes are fiction and are not meant to reflect the lovely area in real life, but you will take another look at the nearby farms next time you’re there and wonder what really does go on behind closed doors.

The murders are referred to as the Black Oak Farm case and the Champagne Killer. They take place in and around Derby and a nice village just outside of the city. There’s something even more twisty about crimes in such nice places.

“A fascinating tale of slaughter and mayhem, the kind you usually hear about in America, taking place in Sleepy Derbyshire”

“Brook hadn’t chosen Derby as a place to live and work. He’d picked up the first available transfer out of London…And Derby hadn’t let him down. It was a pleasingly unremarkable place to lose himself. An engineering town by tradition, which marked out the population as hard working and straightforward, it also boasted a large and well-integrated Asian population.

“Derby also had one of the largest railway engineering works in the world. It was a city built on transport, going nowhere”

Brook works in the city – at the real-life St Mary’s Wharf police HQ – but lives in the lovely Peak District village of Hartington. Driving home through the countryside late at night provides him with an essential safety valve when a case threatens to overwhelm him and I often write these into the novels as a break from the high-octane tension of Brook’s investigations.

Derby itself is Britain’s most landlocked city and houses a quarter of a million people. It is home to global brands like Rolls Royce as well as a thriving university, which served as a location in my 5th novel, A Killing Moon. Derby is also, apparently, the most haunted city in the country, though I’ve yet to see one. Ghost walks have been thriving for years centred around the old Derby Gaol.

Brook took a while to see Derby’s virtues after being wrenched from London but neither of us could envisage going back. 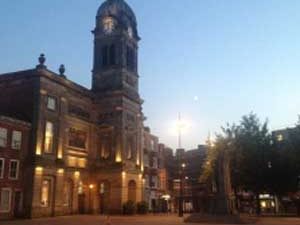 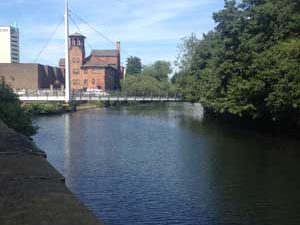 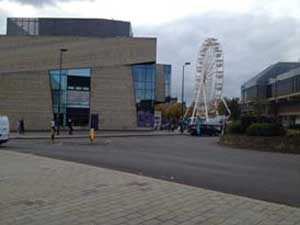 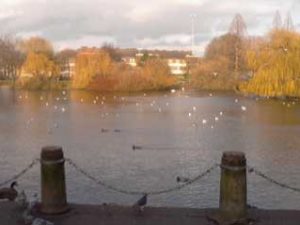 “I think there’s something a little strange about my delight in reading crime thrillers set in places I know so well. I wouldn’t want real crime taking place there (and I certainly hope Derby doesn’t have anything approaching the number of murderers that Brook encounters) but to read about it is a different matter. Maybe it’s like watching a film and feeling that exciting moment of “I’ve been there” recognition, or a certain level of strange pride that Derby could be as famous for fictional crime as Morse’s Oxford or Rebus’s Edinburgh; whatever’s the cause, it does add a certain something to a novel.”

Since then, DI Brook has been finding dead bodies, talking to witnesses and tracking down villains, on golf courses and allotments, at both the sixth form college and the university, in the city’s pubs (always named) and pleasant suburban villages – and whether it’s Brook getting confused by Derby’s one-way system, or someone taking the quickest way on foot from one end of town to the other, I can follow the route in my head or on a map every time.