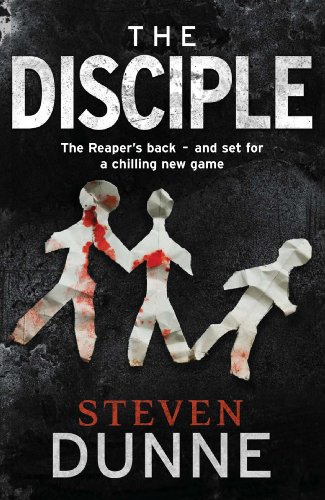 The man they call the Reaper has left behind a horrifying legacy.

Brook is deemed a failure for failing to capture the Reaper, two years ago. But he’s dead isn’t he? So who is carrying out these latest murders? Serial killer or deranged vigilante?

With the copycat murder however, Brook is left with no alternative but to reopen the case, but how do you find to find a serial killer he knows is already dead.

He starts delving deeper and discovers some terrible secrets behind a series of savage murders stretching back to 1975. There is someone or some people who seem to be carrying out the Reaper’s work, converts of the Reaper’s influence.

Brook is at the centre of it all now. The target in a nail biting deadly game.

The hunting ground of the original Reaper. But can a killer who is dead himself still be stalking the streets of Derby? The Reaper killed and taunted many, and his ‘legacy’ has lasted ever since. But Derby is visited by two Brighton detectives who are looking into the Reaper murders there. Two locations matched with one killer.

Derby is well evoked and the streets the REaper stalks particularly the Drayfin estate are dark, creepy and desolate. Beside the historical killings is the beauty of the region however with Elvaston Castle. There’s a journey out to Borrowash too.

When a former rugby player is murdered in Brighton. The link between this murder and the other cases, is Detective Inspector Brook. The neglected and burnt out pier, the rustle of the wind as joggers run along King’s Road… how can events here take the detectives up to Derby?

Back in 1995 California, the FBI are investigating strange goings on on a stretch of road. Could this be connected to Reaper killings? Thousands of miles away and separated by many years too?