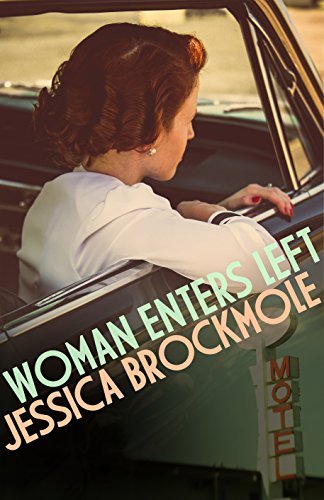 1926, 1952: Thelma and Louise did it – now two women separated by decades take a road trip to find answers to their problems

1926. Two friends, Ethel Wild and Florrie Daniels, embark on a cross-country adventure in Florrie’s Model – Heading West as Florrie is moving to Hollywood to be a screenwriter and Ethel needs to find her husband and fast.

1952. B-list movie star Louise Wilde learns she’s inherited screenwriter Florence Daniels’s entire estate. She doesn’t know why and so starts to look into it – her confusion only grows when she discovers a cache of old photographs of Ms. Daniels with her mother, who died when Louise was six. She drives east hoping her father can provide some answers….

The two women separated by decades and time criss cross their way through life, along the long roads of cross country America in search of answers about who they are and where they are going  – and if the direction they are taking in life is the right one.

The Road trip of a lifetime

From Los Angeles to Las Vegas

Through driving to Vegas in the red Champion started as a whim, it’s solidified. It’s independance, it’s escape, it’s proof. Of what, she doesn’t know. But she needs to do it. She can picture it now, a shot on the screen in tenicolour. The red car, the brown desert, the dark-haired actress running awy from it all with her wicker suitcase”

At a stop in Ludlow, she is told that she has the best part of route 66 in front of her. “Tomorrow Morning you’ll pass the Bristol Lake. It’s not far off the highway. There are small dry lakes and lava hills. The Marble Mountains The Colorado River Oatman is worth a stop  Loads of Mining history there.

She drives past many a town and stop at many a motel and a diner. Each of the diners seem to have a waitress who pours out random tourism advice such as which parks to visit, where in the small town might be worth a visit before moving on and the best place to have a cocktail in Arizona. And then it’s off to the Grand Canyon – perhaps the biggest tourist trap of them all. Louise it would seem is no natural traveller. When she announces she’s heading here, someone from home says “The Grand Canyon. You do know that’s outside right?” She stops at the El Tovar hotel  – ” An enthusiastic blend or rich and rugged, of East and West.”

Oklahoma seems the longest state she’s driven through. On the map its shaped like a saucepan. She imagines tomato soup in the pan, bubbling until it splashes on Kansas. When she reaches Kansas in the afternoon (all eleven miles of it on 66)

As she drives along Route 66, she realises that bus ride 14 years ago probably went along this exact road. It probably passe through Arizona and Oklahoma and the endless middle of Missouri. Looking at the map, she begins to wonder if Missouri is the worse the country has to offer”

She passes through Steinbeck country with the copies of the two novels on her seat.She thinks of how there are no great novelists capturing the Midwest and no masterpieces celebrating Ohio or Illinois. “There’s something peaceful about these rural highways and cornfields expectant of spring. She’d read those books”

the journey here is in the other direction – from New Jersey(Branch Brook Park)  to California. The same locations are featured in very different ways. Through diaries and letters…..They pass through Wilmington, Delaware, then Frederick Maryland. The journey continues through Ohio then Indiana, St louis, Kansas City after some very hard driving, take a turn off the road to Raton and visit the Capulin Volcano, The Painted Desert and Inscription Rock with centuries old graffiti all in Spanish.

A cinematic feel to a novel with style and class

The story is told in a way which involved diary entries, letters, scenes from a film script all thread along on a narrative which links them all together. It’s quite an effect and since the two main characters are actresses themselves, then it feels even more apt!

It’s a poetically multilayered novel with a story about a movie star from the 1950s with a troubled home life who inherits the estate of a scriptwriter with scripts to die for! The writer seemed to know Louise’s mum and since she died as a child, Louise is keen to know more. She’s tired of being treated like a bit part actress and wants to show her mettle

I love a good mystery like this. A story of a dual time line, linking one world and another via family ties. Louise realises that she has also inherited the diaries of these two incredible, courageous women, who, in the 1920’s, set out in a Model T to drive from New York to California.Quite a distance in any shape or form but this was the 1950s so there’s no GPS or technology to guide them, the car is one of its time, no fast engined roadster they would probably be in now.

It was here, just like the road ahead, that the story really opened up. Louise finds out more about her mother’s life, that journey she took and the stops along the way. This is a road trip with a difference and it’s a delight, although poignant and heartbreaking at times. I’ve not read such a captivating road trip novel for along while. There are even novels mentioned in the storyline – Louise drives through Steinbeck country with the Garden of Eden and the Grapes of Wrath on her seat. She takes the diaries of Florrie and Ethel and discovers why they took the journey and what happened and how they changed.

An elegant, sit down and relax in a vintage cinema with the lights dimmed kind of read

Both women are struggling with similar issues despite their differences and ages, social status and background.

This is no Thelma and Louise however – no Bridget Jones novel either – there’s some serious heartfelt emotional stuff here. Plenty time to reflect when you’re alone driving along Route 66, your only stops diners where waitresses dole out tourist advice with the coffee and the odd dodgy motel.

These two journeys and them were fascinating and emotional with more twists and turns than Route 66 itself.

Women who never felt as free as they did when on that journey. Did they reach their final destination and if so what was that destination? That’s for you to find out, but like life itself, “It’s not about the destination but the journey itself”