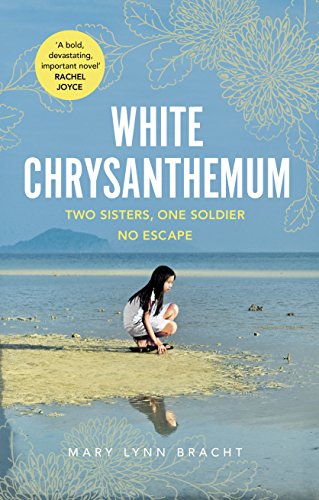 1943, 2011: Two sisters whose love for each other is strong enough to triumph over the grim evils of war.

Korea, 1943. Hana has lived her entire life under Japanese occupation. As a haenyeo, a female diver of the sea, she enjoys an independence that few other Koreans can still claim. Until the day Hana saves her younger sister from a Japanese soldier and is herself captured and transported to Manchuria. There she is forced to become a “comfort woman” in a Japanese military brothel. But haenyeo are women of power and strength. She will find her way home.

South Korea, 2011. Emi has spent more than sixty years trying to forget the sacrifice her sister made, but she must confront the past to discover peace. Seeing the healing of her children and her country, can Emi move beyond the legacy of war to find forgiveness?

Two Korean sisters Hana and Emi get separated when Hana is captured by a Japanese soldier during WWII and forced into sexual slavery as a ‘comfort woman’.

The war is a reality for her but things are to get a whole lot worse:

“Hana is sixteen and knows nothing but a life lived under occupation. Japan annexed Korea in 1910, and Hana speaks fluent Japanese, is educated in Japanese history and culture, and is prohibited from speaking, reading or written in he native Korean.”

They live on Jeju island and have not interaction with Japanese soldiers until they go to market to sell their day’s catch. “It creates a sense of freedom not many of the other side of the island, or even on mainland Korea, a hundred miles to the North,enjoy.”

It wasn’t until 1993, that the Japanese government even started to acknowledge that ‘comfort women’ had existed during the war. It’s not known how many women were infact forced into sexual slavery by the Japanese Army but it’s estimated that at least 200, 000 suffered this fate.

The shocking events of the war also take place in Manchuria -which was a geographic region in Northeast Asia. “Manchuria” is widely used outside China to denote the geographical and historical region.

In September 1931, the Japanese claimed that Chinese soldiers had sabotaged the Manchurian railway in Korea, which Japan controlled. Japan attacked and by February 1932, had brutally conquered Manchuria.