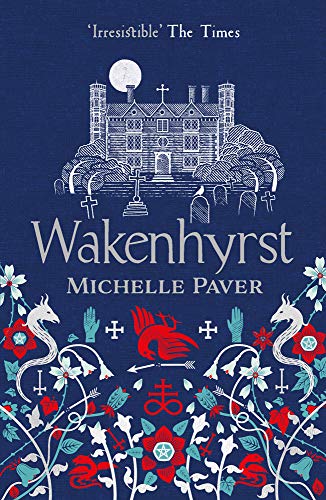 In Edwardian Suffolk, a manor house stands alone in a lost corner of the Fens: a glinting wilderness of water whose whispering reeds guard ancient secrets. Maud is a lonely child growing up without a mother, ruled by her repressive father.

When he finds a painted medieval devil in a graveyard, unhallowed forces are awakened.

Maud’s battle has begun. She must survive a world haunted by witchcraft, the age-old legends of her beloved fen – and the even more nightmarish demons of her father’s past.

Spanning five centuries, Wakenhyrst is a darkly gothic thriller about murderous obsession and one girl’s longing to fly free

The village of Wakenhyrst is fictional but is inspired by the villages in and around Suffolk such as Wicken Fen, Dunwich and Walberswick Marshes to name but a few. The atmosphere is remote, wild and raw. The wind is fierce, cold and visceral. The scene setting is fantastic with the dark clouds, mist and empty marshes very atmospheric and claustrophobic.

The Wakenhyrst Doom is of course based on the Wenhaston Doom which the author visited during on of her research trips to the marshlands. The Life of St Guthlaf is bases on the Anglo-Saxon saint of Guthlac of Crowland who was either a saint, or merely a delusional young man afflicted by malaria, home-made opium and loneliness. (Depending on what you care to believe).

The book fo Alice Pyett is basd on the Book of Margery Kempe. Like Alice, Margery Kempe was married in her teens, had an unconscionable number of children and ended up longing for chastity.

The folklore and customs of the Wakenhyrst villages are true however. Ferishes, Jack-O’Lanterns and Blak Shuck are all part of East Anglia’s rich folklore.