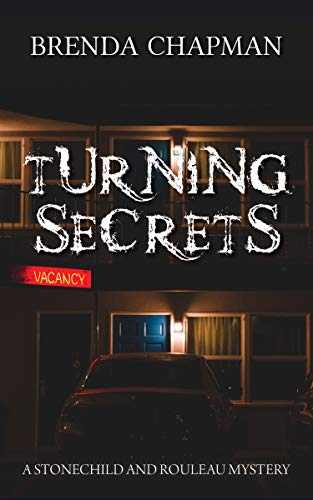 2000s: A woman moves to Kingston….and is soon found murdered…

Former teenage runaway and new single mother Nadia Armstrong moves to Kingston to turn her life around. But six months after she rents a low-end apartment, her body is found at an isolated construction site. Major Crimes begins piecing together her last days, uncertain if it is a case of suicide or murder. To make matters more difficult, a member of the team is leaking information, putting Staff Sergeant Rouleau in a precarious position.

Meanwhile, Officer Kala Stonechild’s niece, Dawn, is secretly corresponding with her father, who’s out on early parole and turns up in town uninvited.Dawn’s friend Vanessa is also keeping a dangerous secret ― her relationship with an older man named Leo, who preys on young girls. And it’s not long before he has Dawn in his sights.

There’s a nice Toronto feel in this book with a character having lived here and having many links to the story too. Mentions here are vague but the feel of the big city, the huge metropolis are what helps drive the story along. They show the contrast between city and smaller town such as Kingston.

Then head up to  Kingston….

Most of the novel takes place here. The police have quite the case on their hands. In a bleak apartment block someone has been found murdered who hadn’t lived there long.  The city is small and was the promise of a new start in life for her. Sadly, despite the move away from the big city, danger has followed her to the countryside.

Kingston sits on Lake Ontario and is known as the “Limestone City” for its impressive City Hall and other grand buildings like it.  Canada’s first prime minister, Sir John A. Macdonald is commemorated at the Bellevue House National Historic Site.