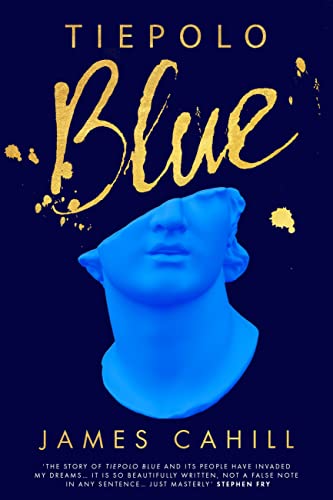 1994:  A Cambridge professor , an new direction in life and the Venetian master Tiepolo.

Cambridge, 1994. Professor Don Lamb is a revered art historian at the height of his powers, consumed by the book he is writing about the skies of the Venetian master Tiepolo. However, his academic brilliance belies a deep inexperience of life and love.

When an explosive piece of contemporary art is installed on the lawn of his college, it sets in motion Don’s abrupt departure from Cambridge to take up a role at a south London museum. There he befriends Ben, a young artist who draws him into the anarchic 1990s British art scene and the nightlife of Soho.

Over the course of one long, hot summer, Don glimpses a liberating new existence. But his epiphany is also a moment of self-reckoning, as his oldest friendship – and his own unexamined past – are revealed to him in a devastating new light. As Don’s life unravels, he suffers a fall from grace that that shatters his world into pieces.

Cambridge and London with Tiepolo Blue

Don works and lives here in the university as a professor. He ends up leaving in disgrace and head to London . The hallowed halls of academia and art are well explored and evoked here. Don’s life here is safe and he keeps himself to himself. Life is quiet and almost sterile.

Don goes to London to start in a new job in a gallery called The Brockwell Collection,. He lives in Dulwich in a house called ‘The House Beautiful’. Life here is totally different to that in Cambridge and is somewhat hedonistic.

Giovanni Battista Tiepolo who died in 1770), was an Italian painter and printmaker from the Republic of Venice who painted in the Rococo style.