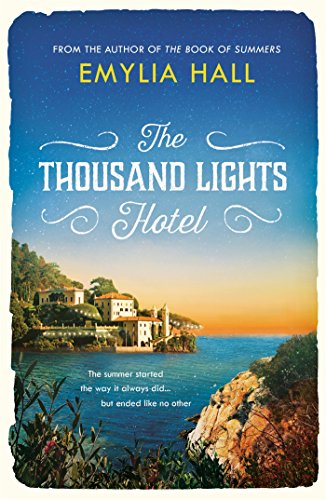 2000s:The summer started the way it always did..but ended like no other…

Kit loses her mother in tragic circumstances, and she falls into utter despair. It’s then that she finally decides to look for the father she has never met, the father who she feels compelled to meet now since she was never allowed to know anything about him least of all talk about him.

Her search brings her to the Thousand Lights Hotel, perched upon a cliff on the island of Elba. It’s whilst in  this idyllic setting that a devastating truth is brought to light. Kit is looking for one thing, but what she finds is quite another…

The isle of Elba is of course synonymous with Napoleon. It was his place of exile in 1814–15.  Portoferraio in the north has a museum which traces the French emperor’s time on the island.

A chairlift ran up the mountain the most basic kind, looking like a string of birdcages. Oliviero went up more often than most, He visited the tip of Capanne at least once a summer, sometimes twice.It was dizzying, the view, but somehow clarifying too. Things were put into perspective at such a great height.

“As the stories go, it’s 1534, and Maria is the daughter of a merchant, from a very wealthy family. Lorenzo, he’s got no money at all, so poor. they first meet on the beach – it’s called Innamorata now, you know Innamorata? It means” in love”, named for them, of course, but before, it was called something else: Cala de lo ferro, Iron Cove. It becomes their special place”

The island is magical as is the sadly fictional setting of the Thousand Lights Hotel – when you discover how it got its name, it;’s particularly special. This is the island of paradise but where a young woman from Bristol travels to in order to find her past. What a journey and what a story. The island is small so the community there is one which is close knit with a history of its own. The hotel sounds delightful -the ideal place to visit, spend time and relax, swim in the sea, sunbathe with a glass of limoncello…..feel the sun on your face….

The area on the island where Kit heads off to to attend a festival. It’s a small village with lots of nice restaurants and quaint old streets, whitewashed hotels and the essence of Elba…

The place she goes where the forests fall away on all sides, the village high up , as if suspended from ropes. There is an ancient fort nearby.This is an amazing place to visit as the air is cool and fresh ( 375 metres above sea level,)  and you feel you’ve stepped back into the past. Well, it does date back to the year 35 BC and so is one of Elba’s oldest towns rich in history and archeology. 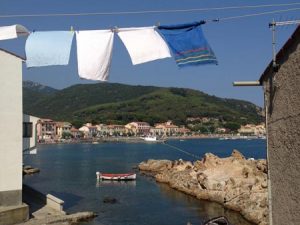 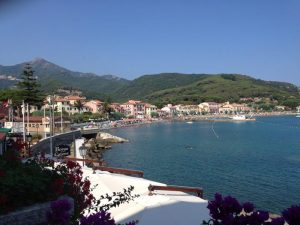 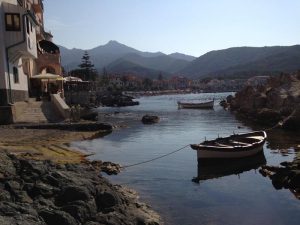 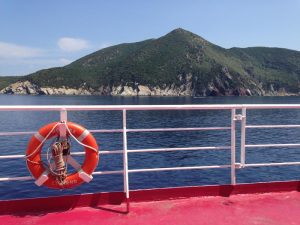 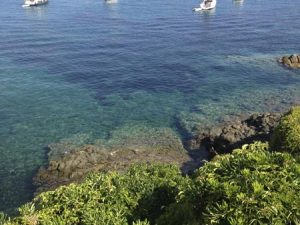 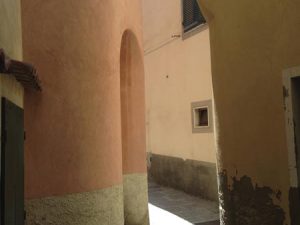 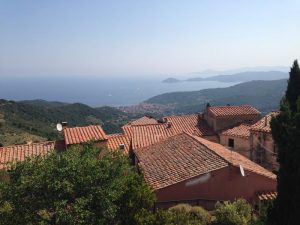 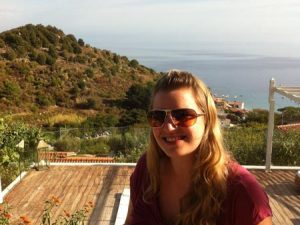 A stunning summer read that has everything you want from a gripping beach read – it’s partly set on a beach, so you have to! Oh it’s a love story and the discovery of a lie, a new life, a new past- so many secrets on such a tiny island! Elba might be known for Napoleon but it has a lot more history and dark secrets than you could ever imagine! Emylia Hall evokes an island of magic and dark shadows…

Emylia Hall evokes settings with style and this is no different.  I was right there on Elba, on a location so associated with history and intrigue, imprisonment and exile so where better for a story like this to unfold? I don’t know if this was the author’s intention but it more than adds to the intrigue and flavour to the book. It’s what we expect to see coupled with the secrets we definately don’t.

The character of Kit is well drawn and I loved arriving on the island with her and meeting Valentinos and his son Oliviero from the hotel. Getting to know them at the same time as Kit was a nice idea and the story just evolves, the twists and surprises rocking the small island community.

The island of Elba is not somewhere I’ve read many books about – unless Napoleon has been in them – so this was a lovely way to explore the island via its geography, history, culture and more. There was so much to captivate me here and that location is really outstanding for the role in plays in the story and not just the background.

And please can someone build the Thousand Lights Hotel? I would be there in  a heartbeat. Even the cover of the book looks gorgeous so if the real place is anything like it, I may never leave. Emylia Hall, you have pulled me in to your world once again and created  a captivating read.