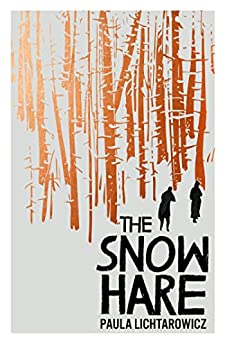 2023: A story about living with impossible choices and our incredible ability to cultivate hope in the darkest places.

Lena has her life mapped out. While her sister obsesses about fortune-telling gypsies and marriage, Lena studies the way the heart works. She isn’t going to let being a girl stop her from becoming one of Poland’s first female doctors. But the world has other plans for Lena. Instead of university she finds herself a reluctant army wife, lonely and unmoored by the emotions of motherhood. And as she tries to accept a different future from the one she wanted, the threat of global war becomes reality. Lena must face just how unpredictable life can be.

Deemed Enemies of State by the invading Soviets, she and her family are exiled from their Polish village to a work camp in the freezing hell of Siberia. It’s here, despite the hunger and back-breaking work, Lena learns something remarkable; it is possible to fall in love even at the edge of life. And for that love, Lena must make a decision, the consequences of which will haunt her for ever.

Lena’s story is inspired by the author’s very own grandmother. Let that sink in before you read this novel as it will give you a whole new level of understanding as well as horror.

The way the Polish people were treated by the Russians as well as the Nazis was heartbreaking and it is very hard to understand how this could have happened.

The descriptions of both the village Przemyśl and the Siberian camp is very well done and obviously carefully researched. Hard to read in places.