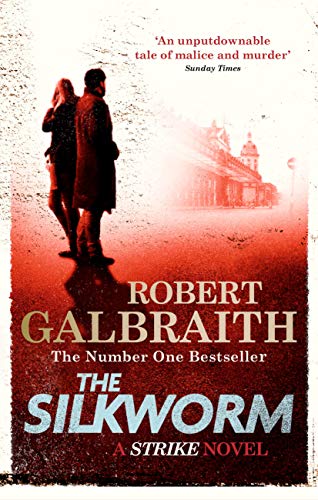 When novelist Owen Quine goes missing, his wife calls in private detective Cormoran Strike. At first, she just thinks he has gone off by himself for a few days – as he has done before – and she wants Strike to find him and bring him home.

But as Strike investigates, it becomes clear that there is more to Quine’s disappearance than his wife realises. The novelist has just completed a manuscript featuring poisonous pen-portraits of almost everyone he knows. If the novel were published it would ruin lives – so there are a lot of people who might want to silence him.

And when Quine is found brutally murdered in bizarre circumstances, it becomes a race against time to understand the motivation of a ruthless killer, a killer unlike any he has encountered before . . .

This is the literary book in the series as it’a all about an author and a book. Strike even visits the iconic Goldsboro Books in Cecil Court to buy a copy. Start your journey into this novel with buying it from this shop.

It’s not often that a television series’ filming locations are almost exactly the same as the book! This novel and TV adaptation comes very close.

The series is set in the heart of London and it’s believed that JK Rowling, the author’s real name, went around the city getting a exact feel for the locations she wanted to use.It makes a lovely visit to the city and ideal as you get to see the filming locations as well as the literary ones.

The detective’s office is found near Tottenham Court Road – Denmark Street –  so if you wander around this area, visiting bars and cafes, you’re bound to see many of the place you recognise as being Strike’s patch.

This London is of two parts – on one side you have the scruffy, underworld of poverty and on the other in the luxurious world where Lula Landry lived and shopped.