The Secrets of the Lake 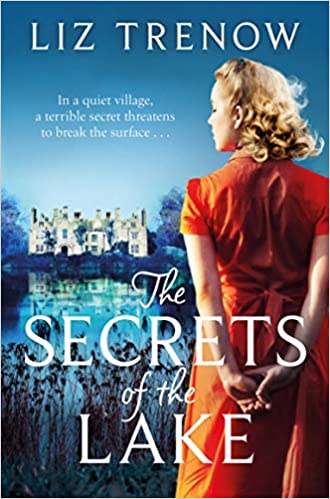 The war may be over, but for Molly life is still in turmoil. Uprooted from London after the death of her mother, Molly, her father and younger brother Jimmy are starting again in a quiet village in the countryside of Colchester. As summer sets in, the heat is almost as oppressive as the village gossip. Molly dreams of becoming a journalist, finding a voice in the world, but most of the time must act as Jimmy’s carer. At just ten years old he is Molly’s shadow, following her around the village as she falls under the spell of local boy Kit. Kit is clever, funny and a natural-born rebel. Rowing on the waters of the lake with him becomes Molly’s escape from domestic duty. But there is something Kit is not telling Molly.

As the village gossip starts building up with whispers against Molly’s father over missing church funds, everything Molly thought she knew is turned upside down. And on one stormy night, when she sneaks out of the house to try to put things right, Jimmy vanishes. Never to be seen again.

Decades later, Molly is an elderly woman in sheltered housing, still haunted by the disappearance of her brother. When two police officers arrive to say that the remains of a body have been found at the bottom of the lake, it seems like Molly will at long last have her answer .

A Village in Colchester and a dragon legend

The author was inspired by her childhood home as she lived in a house beside a flooded quarry which had become a small lake. The lake had islands and inlets together with willow trees and so it’s inspired the fictional Wormley Mere in the novel.

There is an actual village called Wormingford which does have a very interesting legend about a dragon. In the church, the author spotted a stained glass window with a dragon, ‘worme’ being threatened by a knight. The creatures is said to have escaped from the king and found its way to the River Stour where it would eat virgins.  The villagers called on a local knight to kill the dragon which he did. The Wormingford Dragon legend inspired the setting and surroundings of this novel. 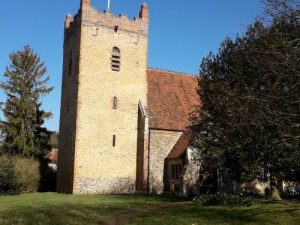 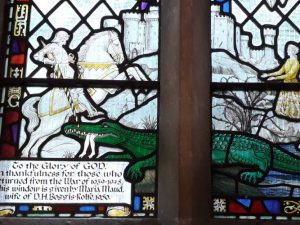 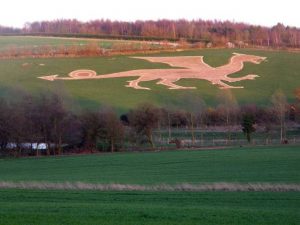 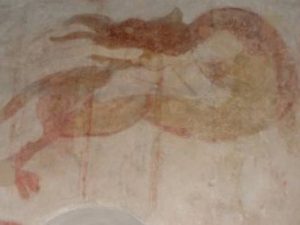 The story is beguiling and very unique but add in the setting and the legend that inspired it and you have quite the novel. Liz always writes strong settings and immerses her fascinating characters into situations compelling to read about. This novel really grabbed me in the way that there is so much to enjoy and you can tell the research that has gone into it, yet it remains flowing, easy to read and utterly immersive.

The mystery around a local church, a missing boy and the role of a sister as his carer really tugged at the heart strings. You really feel for Molly and her brother as the characters are fully fleshed out and capture your attention from the off.

Always a good read when you pick up a Liz Trenow novel.

BookTrail Boarding Pass: The Secrets of the Lake