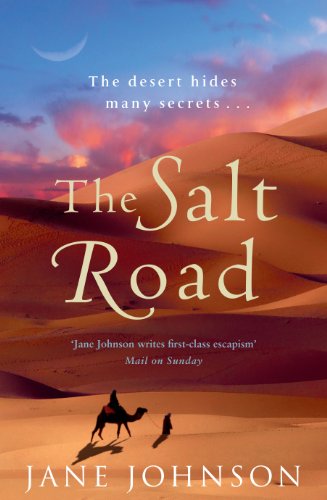 Various times: A magical historical adventure which brings the most unlikely of people together in an epic quest that spans the decades and the hot, shifting sands of Morocco.

Isabelle’s archaeologist father dies leaving a puzzle. It’s a mysterious African amulet and she has no idea why he has left it to her or why he had it in the first place

So, she decides to take a plane to Morocco to try and discover what she can. But they say curiousity kiled the cat and Isabelle soon finds a lot more than she bargained for.

There’s an accident which damages the amulet and Isabelle is almost killed. She is rescued and befriended by Taïb, who knows the dunes and their peoples,. He offers to help and try uncover the amulet’s history,

There is one story which Isabelle finds irresistable – that of  Tin Hanan – She of the Tents – who made a legendary desert crossing alone, and her descendant Mariata.

Who would have thought that all these years later, Isabelle is making a story of her own and it has links with the past and the story of the amulet too

Much of the story alludes to or illustrates the cultures of several tribes in Northern Africa.

One such tribe are the Tuareg people,  who have a rich tapestry of customs, stories, struggles and pride. They are the true nomads and are often called the blue people as they wear blue dyed clothes which even can stain their skin. The Tuareg have controlled several trans-Saharan trade routes over the years.

The story of Tin Hanan – She of the Tents  comes from the Berber region in the south of the country. There is a monument to this 4th-century queen and warrior woman of prestige whose monumental tomb is located in the Sahara at Abalessa in the Hoggar region of Algeria.